Tenants With Benefits: Rise in 'Rent for Sex' Ads in UK 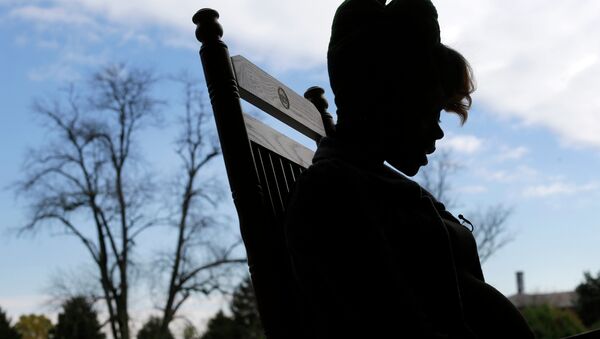 A recent investigations reveals 250,000 women had been offered free or discounted rent in exchange for sex in the past five years in the UK.

The survey was carried out by British TV show This Morning which interviewed a landlord who admitted he frequently offered rooms to women for free in return for sex, insisting he was doing nothing wrong and sparking outrage on Twitter.

"This is AWFUL. The woman do it because they are desperate and these men are preying on that and using their power. Sick. #ThisMorning" said one woman on Twitter.

If he thinks he’s doing nothing wrong, why isn’t he showing his face? People his own age? Laughable! #ThisMorning

The old guy renting a room in exchange for sex says he doesn’t want a 16 or 18-yr old, he wants a woman his own age. Lying toe rag! He’s a nasty, dirty, sexual predator #thismorning

However the rise in sex for rent arrangements is not confined to Britain's capital, rogue landlords in Wales are also offering free or cheaper accommodation in exchange for sexual favors.

Wales' national broadcaster ITV Wales has seen posts online from a man advertising a free room in Cardiff "for a female with whom I can come to an arrangement." Another advert for a room in Newport said, "rent greatly reduced in return for favours."

An undercover journalist later secretly filmed the landlord offering a one-bed annex, free of charge in return for sex once a week.

Sian Thomas of @ITVWales speaks of the vulnerability of the victims of Sex for Rent: "One woman didn't want to speak over the phone to us and was thinking about going to prison just to get a roof over her head" #TAI18

#TAI2018 Reflections on ‘Sex for rent’ plenary session. Not limited to London, Manchester etc, but in Cardiff, Newport and Merthyr! @ITVWales made film to show this is real exposing despicable man offering free rent for sex once a week. We must stop this.

"An offense is committed when a person offers accommodation in return for sex, as they are inciting/causing another person to have sex with them in return for 'payment'," he told Hove MP Peter Kyle in a letter.

Housing charity Shelter wrote a blog in 2016 about the rise in sex for rent after receiving a tip-off about a classified advert on Craigslist UK targeting homeless women and offering a free room in return for sex.

"Through these adverts, men are intentionally targeting desperate women who feel they have no other options — and women who may already have experienced sexual or domestic violence," the blog states.

"This isn't just bad in taste or 'creepy'. It is a dangerous attempt to establish deeply exploitative relationships off the back of homelessness," according to Shelter's blog.

Two years later and it appears unscrupulous landlords are no longer just preying on homeless women but any women looking for a room to rent.