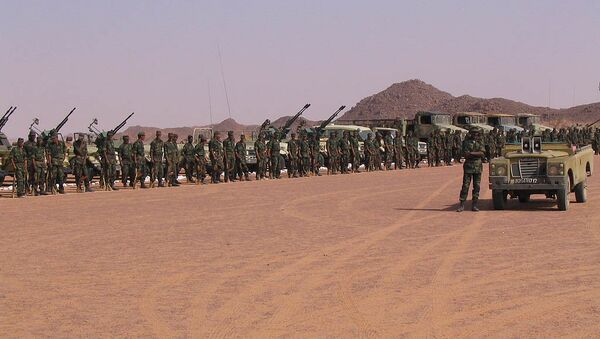 CAIRO (Sputnik) - Moroccan Foreign Minister Nasser Bourita on Tuesday threatened to sever diplomatic ties with Iran over what he regarded as Tehran's support for the Polisario Front, a Western Sahara independence movement.

"Morocco will break off diplomatic ties with Iran over its support to Polisario," Bourita told the Sky News Arabia channel.

The Moroccan Foreign Ministry issued a statement, saying that the key reason for termination of its relations with Iran would be the military support of the Polisario Front by the Lebanese Shiite movement Hezbollah.

Morocco claimed control of most of the Western Sahara after the end of Spanish colonial administration of the territory in 1976. Fighting later broke out between Morocco and the Polisario Front rebel movement, ending in signing a ceasefire in September 1991. The UN Mission for the Referendum in Western Sahara was deployed in the same year in an attempt to achieve lasting and mutually acceptable solution that would provide for self-determination of Western Saharan people.

"The Moroccan accusations of Iran and Lebanese Hezbollah are absolutely false," Rashid said.

Rashid said that the relations between "Polisario Front and Hezbollah are not bad, but they have not reached the level of coordination in the field of military training," adding that Polisario Front does not need to ask "Hezbollah for such support."