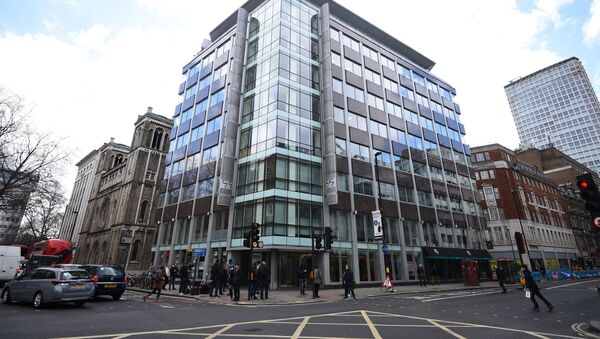 The company took the decision to close its doors after losing scores of clients and with growing legal fees pertaining to the Facebook investigation, the Wall Street Journal reported, citing a source familiar with the matter.

Cambridge Analytica is closing its US offices in wake of the disclosure of its misuse of Facebook data, media reported. The company has filed for insolvency in the UK and will start bankruptcy proceedings in the US soon.

"Earlier today, SCL Elections Ltd., as well as certain of its and Cambridge Analytica LLC's UK affiliates (collectively, the "company" or "Cambridge Analytica") filed applications to commence insolvency proceedings in the UK," the company announced in a statement.

The statement said that "parallel bankruptcy proceedings will soon be commenced on behalf of Cambridge Analytica LLC and the certain of the company's US affiliates in the United States Bankruptcy Court for the Southern District of New York."

All employees have been instructed to promptly turn in their computers and return their keycards, with the firm announcing that it will officially close its doors on Wednesday, the report said.

Facebook has acknowledged that Cambridge Analytica harvested the personal information of up to 87 million users of the social media site without the permission from the users.

World
EU Commission Moves to Protect Whistleblowers After Cambridge Analytica Scandal
Since the data breach scandal burst, Facebook has been facing lawsuits and investigations in a number of countries. Earlier in April, Zuckerberg testified to the US Congress about the data breach issue.

Cambridge Analytica is a private UK-based analytical company that uses in-depth data analysis technology to develop strategic communication during election campaigns on the Internet. The company has worked on various political campaigns, using the data to improve a mechanism that would predict and influence the behavior of voters.