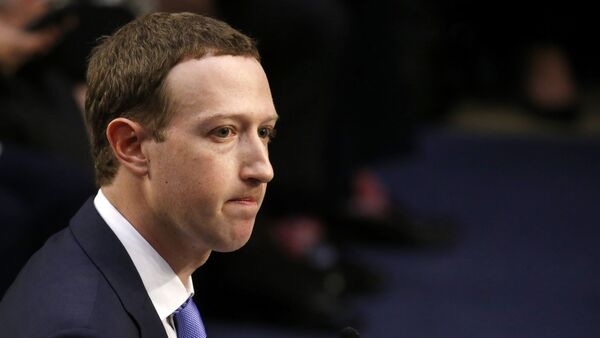 MOSCOW (Sputnik) – The UK House of Commons Digital, Culture, Media and Sport Committee is inviting Facebook CEO Zuckerberg to give evidence by May 24 in the Cambridge Analytica case, it may issue a formal summons for him to appear when he is next in the United Kingdom if he declines the request, head of the committee Damian Collins said Tuesday.

In March, media reported that Cambridge Analytica used up to 87 million Facebook users' data obtained illegally from a third-party application in order to better target political ads. The committee has invited Zuckerberg to give evidence on the issue several times.

"Following reports that he will be giving evidence to the European Parliament in May, we would like Mr Zuckerberg to come to London during his European trip. We would like the session here to take place by May 24 … We hope that he will respond positively to our request, but if not the Committee will resolve to issue a formal summons for him to appear when he is next in the UK," Collins said in a letter to Facebook.

"Mr. Schroepfer failed to answer fully on nearly 40 separate points. This is especially disappointing to the Committee considering that in his testimony to Congress Mark Zuckerberg also failed to give convincing answers to some questions," Collins said.

The letter also includes a list of 39 questions, which the Committee wants to be answered.

Since the data breach scandal erupted, Facebook has been facing lawsuits and investigations in a number of countries. In April, Zuckerberg testified to the US Congress about the data breach issue.