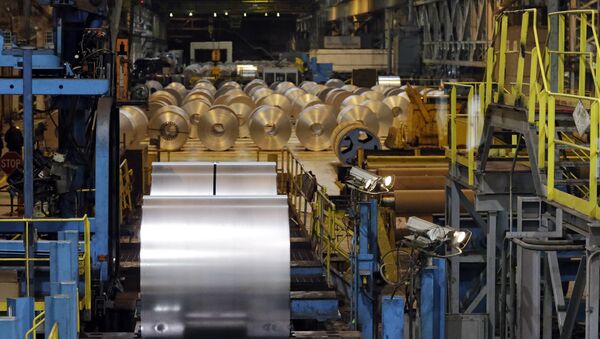 WASHINGTON (Sputnik) - US President Donald Trump has decided to extend the talks with the European Union, Canada and Mexico on metal imports tariffs for 30 days, the White House said in a statement.

"The Administration is also extending negotiations with Canada, Mexico, and the European Union for a final 30 days," the statement said.

According to the statement, the administration has reached a final agreement with South Korea prescribing cancellation of these tariffs on metals imports.

"The Administration has also reached agreements in principle with Argentina, Australia, and Brazil with respect to steel and aluminium, the details of which will be finalized shortly," the statement said.

US Likely to Extend Steel, Aluminum Tariff Exemptions for Allies – Reports
In March, Trump signed an order to impose a 25 percent tariff on steel imports and a 10 percent tariff on aluminium imports. The European Union, Canada, Mexico, Australia, Argentina, Brazil and South Korea were granted exemptions, which were in effect until May 1.

Numerous EU leaders and officials have expressed hope that the European Union will be exempted from the US new high tariffs on aluminium and steel imports.

Also, the White House is also expected to announce that it finalized a deal to exempt South Korea from the tariffs, the Wall Street Journal reported on Monday citing a senior administration official.