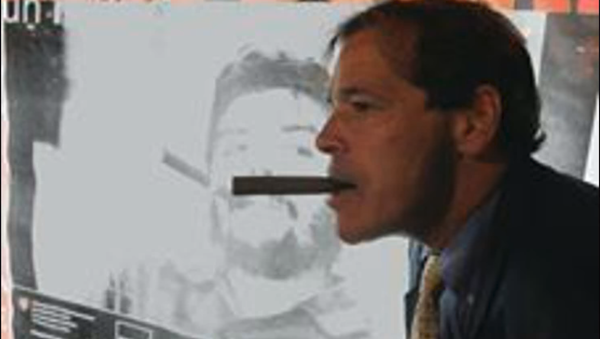 Randy Credico, an activist, comedian and former director of the William Moses Kunstler Fund for Racial Justice, was unceremoniously thrown out of the White House Correspondents Dinner (WHCD) this weekend after voicing his call for freedom for WikiLeaks founder Julian Assange.

"I've done Yahoo News' radio show so they just invited me to the WHCD because I'm a harmless guy and I'm a comedian, too. I had a great time the first two hours. I went from one party to the next and there was an open bar and open food," Credico told Radio Sputnik's Loud & Clear about the annual WHCA dinner, a Washington, DC, tradition normally attended by both the president and vice president, along with their wives and close advisers and, of course, the Washington press.

This year's WHCD was the second in a row that US President Donald Trump has skipped. Trump has consistently called mainstream media organizations "the enemy of the American people" and was thoroughly roasted at the last dinner he attended as a guest, during former US President Barack Obama's administration.

"I'm floating around and talking to all these powerful people. I'm talking to [Democratic Senator] Nancy Pelosi about [Julian] Assange. And then comes [Democratic Representative] Adam Schiff. He was very charming," Credico told hosts John Kiriakou and Brian Becker.

"And then I make it to the CNN table and I'm surrounded by the people promoting Russiagate there. And then I started thinking: these people are all partying it up and Julian Assange, the greatest journalist around these days, is suffering. He's holed up. He can't talk to anyone or see his mother and kids. He's a heroic man sitting by himself in isolation. As I'm thinking about the dichotomy, I started yelling, ‘We should be supporting Julian Assange,'" Credico explained.

"I shouted that in two different spots and then scary guys in white outfits grabbed me and threw me out really hard out of a side door. I feigned a heart attack because I thought my hand was going to break off. I thought they were going to lobotomize me," Credico said.

In March, Assange, the founder of WikiLeaks who has been residing at the Ecuadorian Embassy in London since 2012 for fear of being extradited to the US via Sweden. Although there are no charges against Assange in the US, he fears being tried for espionage.

Assange's internet access in the embassy was cut off shortly after an exchange with a British Foreign Office minister, who called Assange a "miserable little worm" in response to the press freedom advocate's multiple tweets criticizing the British government's decision to oust Russian diplomats in response to the nerve agent attack against a former Russian spy in Britain as "poor diplomacy."