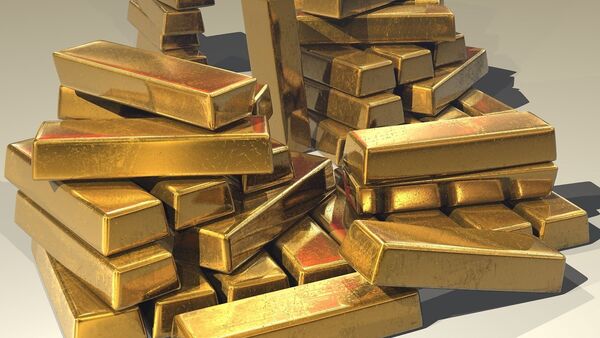 CC0 / /
Subscribe
International
India
Africa
The man who discovered the gold will get to keep $330K if nobody claims it within the next six months – but on one condition.

A worker from Seoul’s Incheon airport has found seven gold bullions, 1 kg each, in a garbage bin, according to a Korea Times report. The precious bars, wrapped in newspaper and worth approximately $327K, were allegedly discarded by their suspected owner into a trash receptacle.

The police, who reportedly spotted the owner, suggested that he might have gotten rid of the stash, as he was afraid of being caught.

As the man hasn’t come forward yet, the janitor may get to keep most of the gold, according to Korean law, which  states that if the initial owner doesn’t claim their property within six months, it goes to the finder in full. Even if the man does report himself, the finder will still get a share from 5 to 20 percent of the market price of the catch. However, there’s one condition that may stand between the janitor and his potential fortune. If it’s proved that the gold was illegally obtained or connected to criminal activity, the finder won’t be able to keep it.