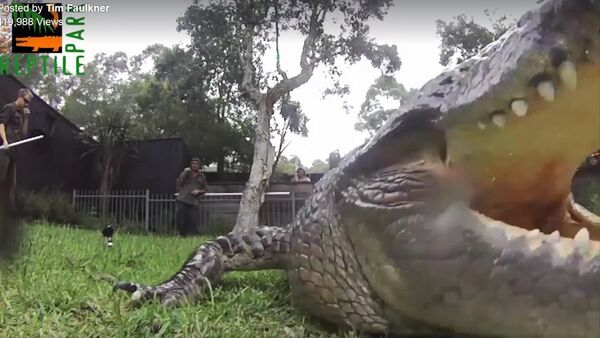 Tim Faulkner, an employee of the Australian reptile park in the city of Somerset, Queensland, has published a video from a GoPro camera, which was swallowed by a large crocodile.

The footage features a crocodile, who became so angry when he noticed a camera that he decided to eat it. Meanwhile, the recording was stiil on when the device got to the animal's mouth.

One of the social media users joked in the comments below the post that it was the way the crocodile said "No paparazzi!"

The author of the video did not specify how he had managed to get the camera back.