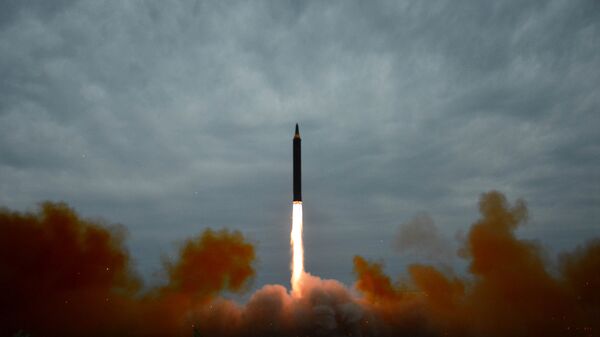 When asked whether Trump would make concessions to Kim only after North Korea completely destroys its missile and nuclear potential, Bolton answered positively.

"Yes, I think that's what denuclearization means. We have very much in mind the Libya model [of complete elimination of weapons in question] from 2003, 2004 [when the country joined the UN convention on eliminating chemical weapons]… The Libyan program was much smaller, but that was basically the agreement that we made," he said as quoted by Fox News.

Last week, North Korean leader Kim Jong Un said that his country would stop nuclear tests and launches of intercontinental ballistic missiles as well as shut down a nuclear test site. Trump has welcomed the announcement calling it a "big progress."

On Friday, Trump said that he would hold a meeting with the North Korean leader in "the coming weeks," and that the location for the meeting had been narrowed down to two or three sites.