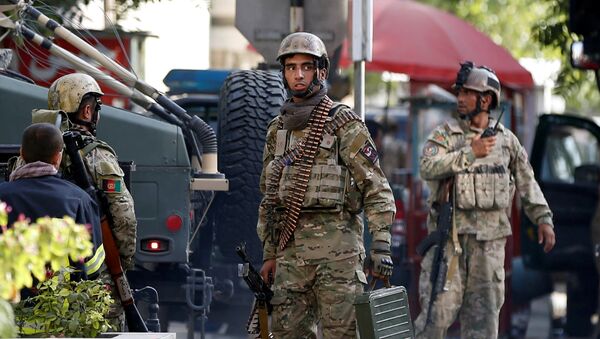 The explosion took place in the vicinity of Surkh Rod district at around 07:00 a.m. local time (02:30 GMT), the Khaama Press news agency reported, citing the provincial government. Several women and children are among the victims.

According to the local authorities, Taliban militants fired a rocket late on Saturday but it did not go off.

The radical movement has not commented on the issue yet.

Later in the day, a blast hit Jalalabad — Nangarhar's provincial capital — targeting a mosque in the vicinity of the fourth police district of the city, where registration for the upcoming parliamentary elections was underway. As a result of the explosion, at least six people sustained injuries, the media outlet added.

According to local media, the Daesh terror group has claimed responsibility for the attack.

NANGARHAR — Sunday’s explosion happened close to a voter registration center at a mosque in PD4 of Jalalabad city in Nangarhar province — four children and a woman were wounded, officials confirmed. pic.twitter.com/yGYYjwqUPu

Meanwhile, Afghan security forces killed at least 466 militants, including field commanders, during operations carried out across the country over the past week, the 1 TV broadcaster reported Sunday, citing the Interior Ministry.

According to the broadcaster, the army, police and intelligence services conducted 105 operations in 13 provinces of the country.

During the operations, the Afghan forces also injured 251 militants and detained 49 others. In addition, they seized 20 weapons, 90 explosive devices and other terrorists' ammunition.

The operations took place amid the tense situation in the country, which has further escalated in recent months, as Taliban conducting assaults on major cities.

For years, Afghanistan has been suffering from political, social and security instability due to the activity of terrorist groups, such as Taliban and Daesh*, which conducted numerous attacks against both civilian and military targets.