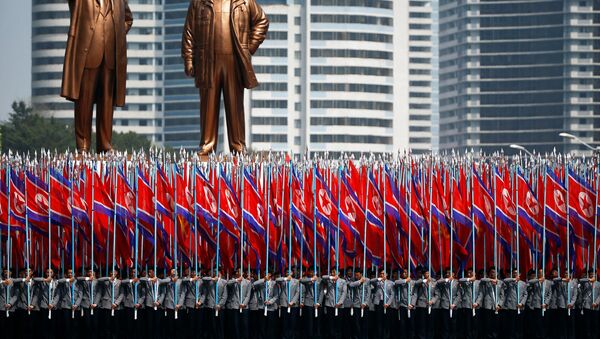 © REUTERS / Damir Sagolj
Subscribe
International
India
Africa
MOSCOW (Sputnik) - North Korean state media on Saturday called the meeting of their leader with the South’s president a "new milestone," the first such report north of the border.

US Troop Removal From Korea Up for Talks With Allies, N. Korea – Mattis
The South Korean agency said this was a rare public mention of the nuclear pledge, which raised hopes that it would not be abandoned, despite no details in the declaration of how this can be achieved.

South Korea’s Moon Jae-in and Kim Jong Un of North Korea met south of the military demarcation line on Friday to discuss the way forward for their countries. After the summit they vowed to rid the peninsula of nuclear weapons, after the North’s nuclear and missile tests last year led to warlike rhetoric.