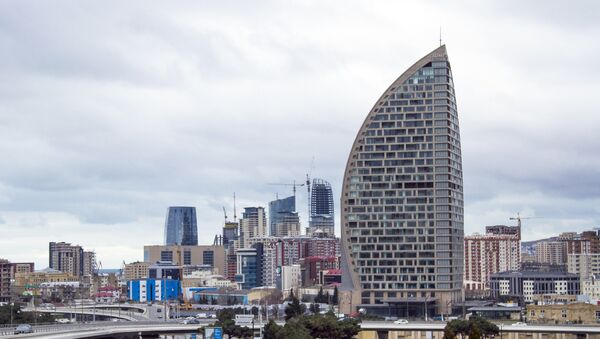 A fire had broken out in the 33-story Trump Tower skyscraper in Azerbaijan's capital Baku, which is still under construction.

One person was intoxicated with smoke and had to be transported to hospital after a fire had erupted in the Trump Tower building on Saturday.

Firefighters managed to extinguish the fire, but the cause of it is still unclear. Later in the day, local emergency services told Sputnik that the building caught fire for the second time.

The footage, which has been released by one of the witnesses, shows a plume of smoke rising from the building.

The skyscraper, at 130 meters in height, is one of the five highest buildings in Azerbaijan.

In 2016, after the election of Donald Trump as President of the United States, the "Trump Tower" was removed from the name of the building.