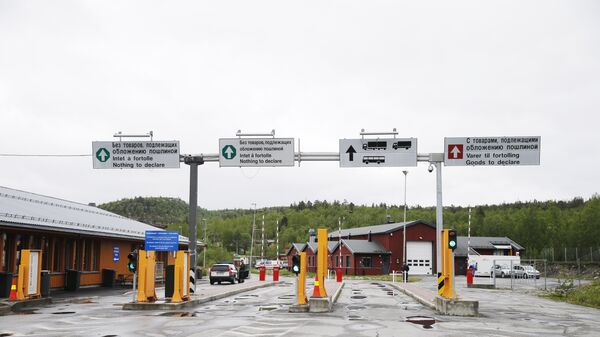 A Norwegian executive, who was arrested in Russia and expelled from the country for a decade over suspicions of espionage, has claimed that Norway's intelligence service has a habit of recruiting businessmen to become informants in Russia, which, he suggested, has a negative effect on bilateral relations.

Atle Berge, the director of the concrete manufacturer Ølen Betong, who was arrested by Russia's security service FSB and banned from the country for 10 years, has accused the Norwegian intelligence service (E-tjenesten) for corrupting his business in the neighbor country, national broadcaster NRK reported.

Berge claimed having been approached by E-tjenesten alongside fellow co-workers. Although he claimed to have declined the offer, which, by his own admission, involved "a certain pressure," he was nevertheless expelled from Russia.

"When E-tjenesten contacted me a couple of years earlier, I refused. But it seemed as if the FSB had knowledge of it nonetheless, as was the case with others related to the company" Berge told NRK, calling the Russian service "well-informed."

"They are active and seek Norwegians who are in Russia to try and make them informants. I know other names, and I feel that some have had more pressure than I've had," Berge said, adding that it "doesn't promote Norway's relation with Russia," which, he claimed is only becoming "colder and colder."

Ølen Betong founded a sister company in Murmansk in northern Russia in the early 2000s and has since been hailed as one of the beacons of bilateral cooperation in the Barents Region.

In recent months, a dark shadow has been cast over Norwegian-Russian ties in the north, where a plethora of bilateral projects are ongoing and where locals enjoy visa waivers to mutual economic benefits.

Last week, former border inspector Frode Berg, who was arrested over suspected spying against the nuclear submarines of Russia's Northern Fleet, acknowledged having taken courier assignments from E-tjenesten. Berg was a well-known personality in local milieus as a Red Cross volunteer, a sponsor of the Barents Secretariat and a proponent of closer Norwegian-Russian ties.

"The spying case against Frode Berg is the biggest setback I have experienced here locally in the relationship with Russia," border municipality Sør-Varanger Mayor Rune Rafaelsen told the Aftenposten daily, adding that bilateral cooperation has long had headwind.

Berg was arrested outside Hotel Metropol in Moscow on December 5, 2017. According to the FSB, he had 3,000 euros in cash to be offered as a reward for classified information about nuclear submarines and two envelopes with further instructions.

Berg initially claimed that the purpose of his visit was to see friends and Christmas shopping, but recently admitted to being on a mission from E-tjenesten. He also acknowledged having performed several assignments for the Norwegian intelligence service since 2015.