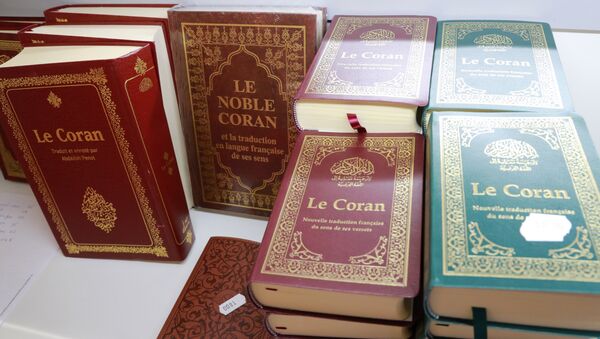 A letter, titled “Manifesto against the new anti-Semitism,” was published in Sunday’s edition of French daily Le Parisien sparking a quick response from religious authorities across France.

The letter compared Islam with “anti-Semitism” asking that “Muslim authorities… strike with obsolescence” the verses in the Quran calling for “the murder and punishment of Jews, Christians, and non-believers.”

The manifesto also raised concern over “Islamist radicalization” and “a surreptitious ethnic purge” supposedly targeting the Jewish community in the Paris region.

Belgian Politicians Aim to Ban Local Islam Party Ahead of October Election
The Muslim community in the country has expressed indignation over the letter. Rectors of mosques in France have warned that it could inflame relations between religious communities.

Head of the Great Mosque of Bordeaux, Tareq Obrou, said that “attributing anti-Semitism to Islam almost constitutes blasphemy, as two-thirds of the Quran’s prophets are Jewish,” publication Press TV reported.

He went on to say that the manifesto makes no sense as, "The Quran does not call for murder, it calls for fighting back against hostile people. This is the same misinterpretation made by a number of ignorant Muslims, delinquents who pick and choose texts depriving them of their historical context."

France Has '20,000 Muslim Extremists on Watch List' - Anti-Islamist NGO Activist
The main cleric at the Great Mosque of Paris, Dalil Boubakeur, also reacted to the manifesto saying that the letter contains “unjust and delirious accusations of anti-Semitism leveled against French citizens of Muslim faith and against Islam itself.”

France has an estimated six million Muslims which is eight percent of the total population.

Of late, the French government has been debating ways of tackling Islamist extremism in the country following last month’s attacks in the southern cities of Carcassone and Trèbes, committed by a man of Moroccan origin.