US Going to Expand Fight in Syria - Mattis

US Secretary of Defense James Mattis has explained his country's decision not to withdraw troops from Syria during a Senate Armed Services Committee hearing, referring to increased Daesh offensives in the region.

"Right now we are not withdrawing [US troops from Syria]," Mattis told the Senate Armed Services Committee. "We are continuing the fight, we are going to expand it and bring in more regional support."

According to the top US defense official, the United States will expand its anti-Daesh operation with the help of regional states.

Mattis also noted that the presence of US forces in Syria remains critical, especially in the areas liberated from the Daesh terrorist group.

Amid Trump's statements concerning the mulled pullout of US troops, Defense Secretary James Mattis has previously outlined the possibility of terrorist groups regrouping in remote positions in Syria, saying to the US president that the withdrawal would reverse the progress achieved so far.

READ MORE: While Trump Wants Pullout From Syria, Officials Reportedly Advise the Opposite

On March 3, US President Donald Trump announced his plans to pull the country's troops out from Syria in the near-term, which was met with a conflicting reaction from the president's special envoy to the US-led coalition, Brett McGurk, as well as incoming US Secretary of State Mike Pompeo and Joint Chiefs of Staff Chairman Joseph Dunford, as well as a number of other officials.

Following the strong reaction from the officials, Trump decided to keep troops in Syria. However, according to a representative of his administration, "he wasn't thrilled about it, to say the least".

Trump told reporters on Tuesday he would like to bring US military forces home, but will not do so until the United States leaves "strong and lasting footprint" in the region.

The United States has maintained a military presence in Syria since 2014, leading a coalition of allies in the fight against Daesh, without a UN mandate or authorization from the Syrian government. Damascus has consistently called the US military presence in the country "illegal."

Communication With Russia in Syria

Speaking about the communication line between Russian and US forces in Syria, Mattis noted that it has never been interrupted.

"Right now in Syria, we have an open and never interrupted deconfliction communication line that has worked pretty well to make certain we do not run afoul of one another’s forces or one another’s operations," Mattis told the Senate Armed Services Committee.

The US and Russian military commanders set up deconfliction communication channels last year, aimed to avoid any accidents between their forces as both sides recaptured territory from Daesh along opposite sides of the Euphrates River. As part of these efforts, US and Russian forces maintain three telephone lines of communication — one for ground troops, another for air forces, and a third for senior commanders.

According to Mattis, the US Department of Defense cannot accuse Russia of jamming US drones in Syria, Defense Secretary James Mattis said in a congressional hearing on Thursday.

"I cannot target the responsibility to the Russians. Also, there are Iranians there and of course the regime forces," Mattis told the US Senate Armed Services Committee in response to a question whether Russian forces are jamming US drones and conducting warfare operations.

On April 10, NBC News reported citing US officials that Russia has been jamming US military drones operating in Syria and thus hampering US military operations in the country and the region.

The head of the US Special Operations Command Gen. Raymond Thomas said on Wednesday that US adversaries in Syria are carrying out electronic warfare attacks against US Air Force gunships operating in that country.

Commenting on Turkey's plans to purchase Russian S-400 air defense systems, Defense Secretary James Mattis stated in a congressional hearing that the United States and its NATO partners have significant concerns about the issue.

"We are seriously concerned across NATO about [Turkey's] S-400 buy of the Russian systems," Mattis said.

READ MORE: Turkey Shrugs Off US Attempts to Link S-400 Deal With Russia to F-35 Supplies

Mattis explained that the complexity of the fight in Syria affected everything in the region, including Turkey, and therefore, the United States continues to help Ankara to deal with refugee flow and the aftermath of an attempted coup. 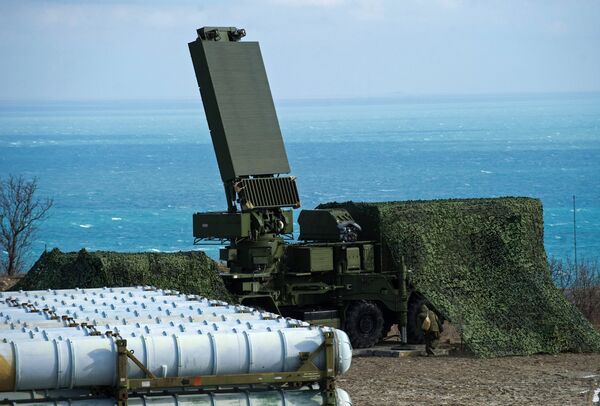 He emphasized Turkey remains the only NATO ally with an ongoing insurgency inside its own country. Mattis noted the United States assists Ankara together with the rest of the block.

In December 2017, Russia and Turkey signed a loan agreement for the supply of S-400 systems to Ankara. According to a statement by the Turkish defense industry secretariat, Ankara acquires two batteries of this system, which will be operated and serviced by the Turkish military personnel.

The US Secretary of Defense went on by speaking about a national security waiver that would exempt certain US allies including Vietnam and India from secondary sanctions when they conduct arms trade with Russia.

"There are nations in the world who are trying to turn away from formerly Russian-sourced weapons and systems. We only need to look at India, Vietnam and some others to recognize that eventually, we are going to parallelize ourselves. So what we ask for is the Senate and the House pass a national security waiver in the hand of the Secretary of State," Mattis said.

Under the US Countering America's Adversaries Through Sanctions Act, countries that conduct arms deals with Russia risk secondary sanctions. Some US allies including Vietnam and India have Russian-made weapons hardware that they want to modernize without risking sanction.