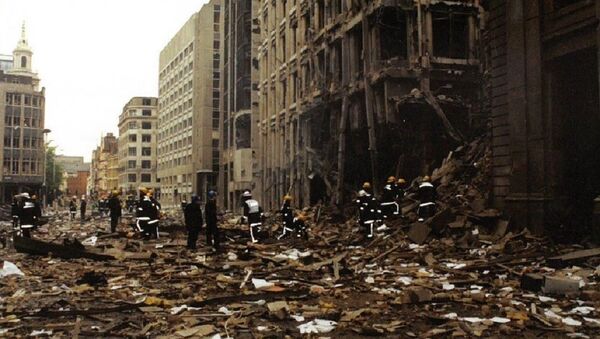 On April 24, 1993 a huge bomb went off in the Bishopsgate area of London's financial district, causing £350 million (US$488 million) worth of damage. City of London Police has revealed images, never published before, 25 years after the attack, for which nobody has ever been convicted.

The images released on Tuesday, April 24, show scenes which look reminiscent of the wartime blitz by the Luftwaffe.

Miraculously only one man — News of the World photographer Ed Henty, 34 — was killed by the blast but 44 others were injured, some of them seriously.

It was the last major attack by the Provisional IRA before they called a ceasefire, setting in train the events which would lead to the Good Friday Agreement. 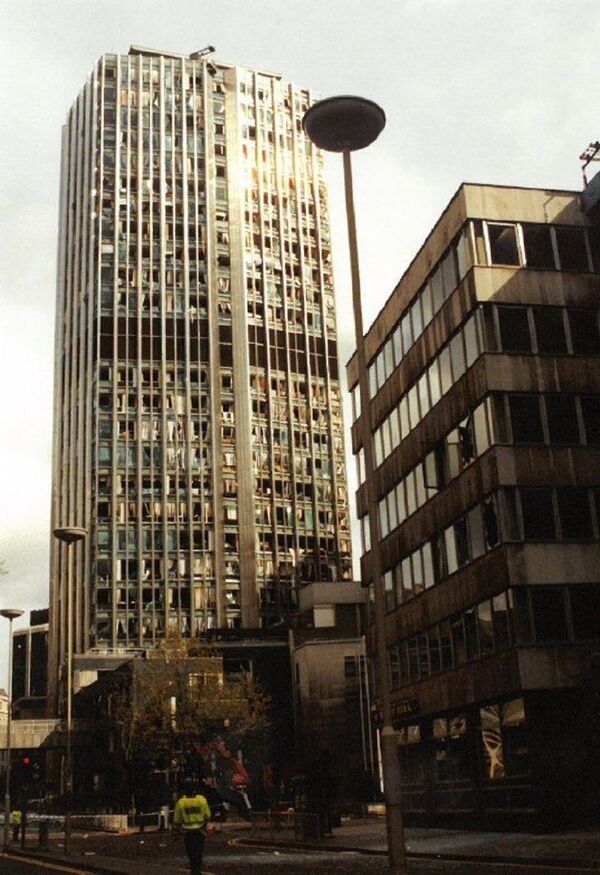 The bomb was hidden in a tipper truck which had been stolen in Staffordshire and was parked outside the Hong Kong and Shanghai Bank at 99 Bishopsgate.

It exploded at 10.27am on a Saturday morning — after a coded warning had been called in by the Provisionals — causing extensive damage to buildings over a square mile and shattering 500 tonnes of glass.

A medieval church, St Ethelburga's, was destroyed and there was severe damage to Liverpool Street underground station and the NatWest Tower.

A year earlier a similar bomb had killed three people and injured 91 at the nearby Baltic Exchange.

Mr. Henty, who was married with two children, had rushed down to the scene when he heard that police were sealing off the area.

His former colleague Gary Jones, now editor of the Daily Express, wrote this week of the impact of his death.

"The risks were part of the job, though Ed was never one who would take unnecessary ones. Why was he so close to the bomb is a question that still troubles me today. Why, Ed, why?" Jones wrote in the Daily Express on Monday, April 23.

Several City of London Police officers have been recalling their memories of the attack.

"It was total devastation. There was this huge plume of water coming out everywhere and the St Ethelburga's Church was just rubble," said PC Richard Fullbrook.

"There was a little shop in front of me and the window blew in and I got thrown into a doorway. I felt this immediate pain in my right eye. I remember having my hand over my eye and being scared to look. I knew there was something in there. When I looked down my white shirt was filthy, my face was filthy, everything was filthy," said PC Joanne Richardson.

Her eye injury kept her off work for several weeks but the emotional scars have never fully healed.

Anyone over 25 will remember huge IRA attacks from the 1970s to the 1990s. These are from the 1993 Bishopsgate bomb at Liverpool St station pic.twitter.com/9yA6cIYB9f

After the attack the City of London Police implemented a "ring of steel" policy and all roads into the Square Mile were manned by police checkpoints.

But nobody was ever caught or put on trial for the bombing, which was investigated by the Metropolitan Police's Counter Terrorism Command.

When the IRA ceasefire came into effect, followed by peace in Northern Ireland, the political impetus to solve the crime began to drop away. 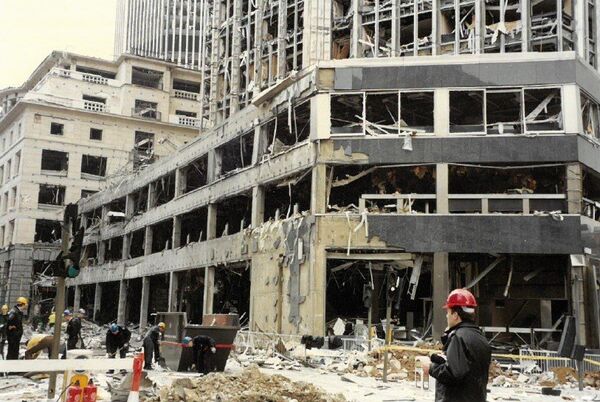 The bomb, hidden in a stolen tipper truck, devastated the Bishopsgate area of London
© Photo : City of London Police

Detective Superintendent Dermont Robinson, the Head of Counter-Terrorism at the City of London Police, said the threat nowadays was very different, with Islamist groups having replaced Irish nationalists as the main danger.

Unlike the IRA, Daesh and their followers never call through bomb warnings.

"We all have a part to play in tackling terrorism and although the people carrying out these acts, their methods and political agendas, may have changed, it is still a threat we face every day," said Det. Supt. Robinson.

"It is quite easy to forget some of the impactful events of previous decades following the number of atrocities recently, but incidents like the Bishopsgate Bomb changed the face of policing and how we go about our work," he said.

"An investigation was carried out by the Metropolitan Police Service into the Bishopsgate bombing on 24 April 1993. There are currently no active lines of enquiry, but any new information that comes to light will be fully considered and assessed," a Metropolitan Police spokesman told Sputnik on Tuesday, April 24.