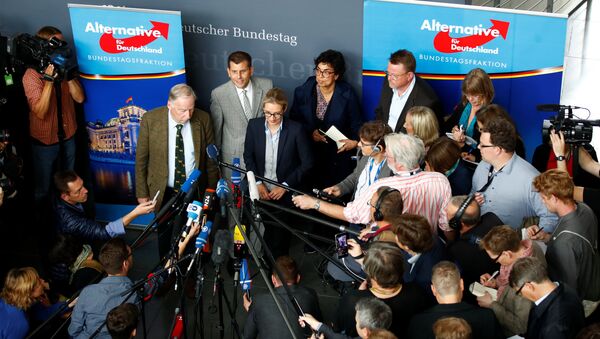 German Chancellor Angela Merkel’s open-door migrant policy has proven to be a major source of criticism for her and her government, with Germany’s generous spending on migrant welfare, including on migrants who formerly had ties to Islamist groups, drawing condemnation.

The Alternative for Germany (AfD) party’s leader in the Bundestag, Alice Weidel, said on Tuesday that more money should be allocated to take care of struggling German pensioners instead of paying thousands of euros per month to Islamists.

“I demand that the priorities be finally set so that the motto of German politics is no longer 'Germany last'! More money for our pensioners."

She used the case of Sami A., an ex-body guard for the former leader of the al-Qaeda franchise Osama bin Laden, who is currently being paid almost US$1,500 per month in taxpayer-funded social security benefits.

German authorities opted not to extradite Sami A. to Tunisia over concerns about how he may be interrogated and treated upon his arrival and subsequent detention in the country. Dr. Weidel criticized this decision and insisted that his wellbeing isn’t of concern to German taxpayers.

“What fate awaits Sami A. in Tunisia is not the problem of German taxpayers. To protect and financially equip an Islamist, to feed hundreds of thousands of illegal immigrants, while less and less remains for our own people is not acceptable, but it suits Merkel’s [vision for] Germany,” AfD leader in the Bundestag Alice Weidel said on April 24 according to an AfD press release.

Dr. Weidel suggested that many other migrants in Germany also formerly had ties to hardline Islamist groups, and are now living off the German state.

Germans Expecting Migration Policy Change to be ‘Bitterly Disappointed’ – AfD MP
Support for the AfD has risen sharply in recent years, with the party performing well in last year’s federal election. They are currently the second largest party in Germany, according to a poll taken in February 2018.

The rise in support for the AfD is often attributed to Berlin’s handling of the migrant crisis, with Germans now concerned about the adverse economic and social effects of housing millions of migrants in the country.