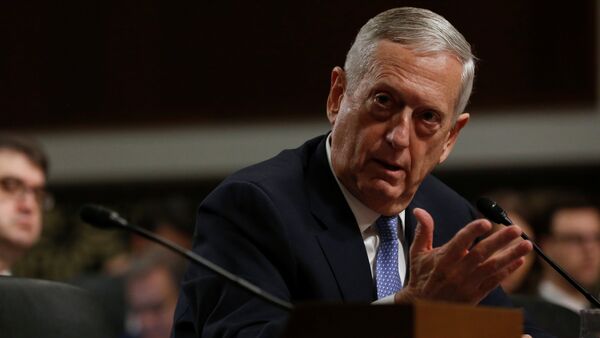 "Right now, I think there is a lot of reasons for optimism that the negotiations will be fruitful and we'll see," Mattis told reporters at the Pentagon.

Scholar Names Four Reasons for N Korea’s Move to Meet With US
On Saturday, North Korean leader Kim Jong Un promised to end nuclear and long-range missile tests and shut a nuclear test side in the country's north, according local media. The decision was reportedly made at a meeting of the ruling party’s central committee on Friday.

Earlier on Monday, South Korean President Moon Jae-in said that North Korea’s decision to halt nuclear and ballistic missile tests was an "important decision" toward the complete denuclearization of the Korean peninsula.

Pyongyang’s decision to suspend its nuclear and missile testing ahead of talks with South Korean and with US President Donald Trump has been hailed by world leaders.