Chinese-Made Cell Phones Still Being Sold at US Military Exchanges 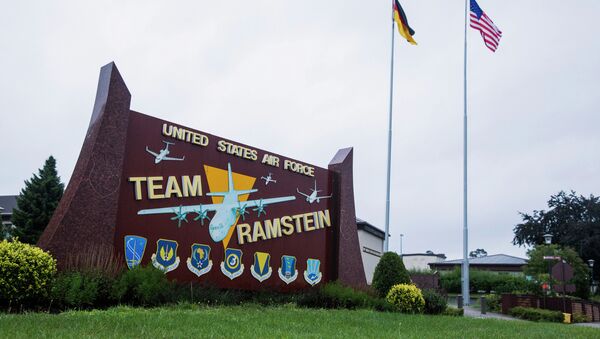 Smartphones made in China are giving US military officials a headache: despite being banned from official government use, soldiers can still pick them up from vendors at a number of US military bases.

Smartphones made by Chinese manufacturer Huawei are being sold through TKS, a US military concessionary company that operates at locations run by the Army and Air Force Exchange Service (AAFES). As such, soldiers can purchase them at US military installations — despite the fact that Huawei phones have recently been blacklisted from official use in most situations.

In a 5-0 vote on April 17, the FCC favored banning US government funds from going to companies determined to be risky to US national security, but the ban won't become final until another vote is held. US Senator Tom Cotton (R-AR) introduced the "Defending US Government Communications Act" on February 7, which would ban US official agencies from doing business with Huawei, ZTE — another Chinese Telecommunication firm — and "any entity reasonably believed to be owned or controlled by China."

AAFES says that the Pentagon asked them whether Huawei phones were being sold at US military facilities but did not tell them not to sell the phones.

"Should there be an official determination made by law enforcement officials that these phones present a security risk, the exchange will instruct its vendors to remove impacted products from their assortment," Chris Ward, senior spokesman for AAFES, said in an email quoted by Stars and Stripes.

The phones are being sold at Europe's largest AAFES hub at the Ramstein Air Base and are reportedly being sold across Germany at other bases. The company also manufactures personal mobile internet modems, or "Pucks," which were distributed to US troops in Irbil, in Iraq's Kurdistan region.

In February, FBI Director Christopher Wray testified that Huawei products give China the ability to modify or steal information to conduct espionage without detection. The directors of the CIA, FBI, National Security Agency (NSA), the Defense Intelligence Agency, Office of the Director of National Intelligence and the National Geospatial-Intelligence Agency went before the Senate Intelligence Committee to warn about the dangers posed by telecom companies such as Huawei and ZTE, being "beholden to foreign governments."

In a statement given to CNBC, Huawei responded, saying "Huawei is aware of a range of US government activities seemingly aimed at inhibiting Huawei's business in the US market. Huawei is trusted by governments and customers in 170 countries worldwide and poses no greater cybersecurity risk than any ICT vendor, sharing as we do common global supply chains and production capabilities."

Huawei is a privately run company founded by Ren Zhengfei, a former engineer in the People's Liberation Army. Documents leaked in 2014 by NSA whistleblower Edward Snowden indicate that the NSA had been monitoring Ren's communications, as well as Huawei's internal networks and headquarters, since 2007.