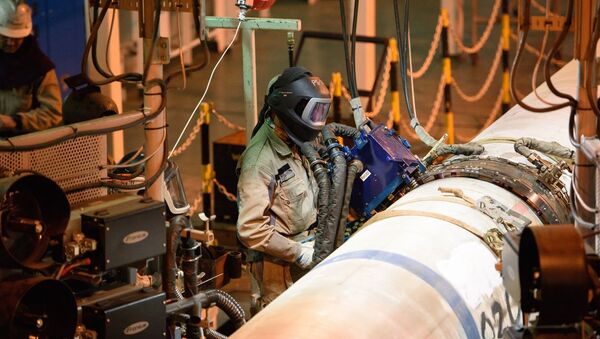 Speaking to Sputnik Italy on the sidelines of the 2018 Global Energy summit, Francesco Profumo, the head of Compagnia di San Paolo and a former Italian minister of education and technology innovation, specifically touted Russia's role on the European energy market.

Touching upon the economic cooperation between Rome and Moscow, Compagnia di San Paolo's chief executive, Francesco Profumo, underscored Russian investments in Italy, which he said mainly referred to the energy sector and the steel industry.

"Gas imports are of great importance: in 2015, Italy imported from Russia 45.1 percent of all consumed gas. As for oil, Russia also plays a key role in this field for Italy," Profumo pointed out.

Suggesting that Russian gas will most likely retain its key role in the European market in the future, he singled out a spate of current projects that will help Russia increase its energy clout in Europe, including Nord Stream, Nord Stream 2 and Turkish Stream.

Profumo recalled that the underwater gas pipeline Nord Stream has been transporting Russian gas to Germany via the Baltic Sea since 2012, while Nord Stream 2, the construction of which is to be completed in 2019, "caused fierce international disputes as it will further strengthen Europe's energy dependence on Russia."

"The Turkish Stream gas pipeline, which replaced the South Stream project, will link Russia to Turkey and Europe bypassing Ukraine. The 1,090-km (677-mile) pipeline will have an annual capacity of about 31.5 billion cubic meters of gas. Turkish Stream along with the Trans Adriatic Pipeline, which is currently under construction, will allow Italy to again become a gas hub for southern Europe," he concluded.

Meanwhile, Gazprom CEO Alexei Miller has announced that the Russian gas giant plans to wrap up the construction of the first leg of the Turkish Stream gas pipeline during the first 10 days of May. Earlier, a company spokesperson said that Gazprom has already laid over 600 kilometers (372 miles) of pipes for the Turkish Stream project.

The views and opinions expressed by Francesco Profumo do not necessarily reflect those of Sputnik.