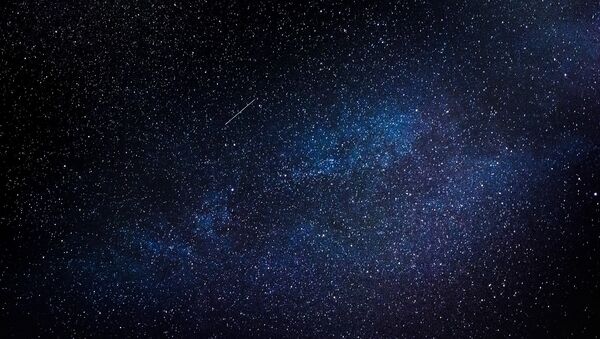 CC0 / /
Subscribe
International
India
Africa
NASA's new TESS satellite was launched into orbit on Wednesday from Cape Canaveral in Florida on a mission to find new planets beyond our solar system. Sputnik discussed the novelty of the space telescope with Sara Seager, TESS deputy director of science at MIT, a planetary scientist and astrophysicist.

Sputnik: How novel is this space telescope and how markedly different is it from the previous ones?

Sara Seager: The amazing thing about TESS is that it is not actually that novel, nothing on it is actually brand new or pushes the envelope, what is novel is the way it's put together. TESS essentially has four, think of it as a glorified telephoto lens, but an extremely custom-made, very expensive lens, and the lenses are actually only about 10 cm in diameter in aperture but the fact that they're all put together and they cover a very, very wide angle of view — that's what is unique about TESS.

NASA's TESS Satellite Takes Off to Search for Alien Life
Sputnik: What's the underlining ambition then in terms of the strategy of the project? What prospects does the launch of TESS now open up for astronomy and space exploration in general?

Sara Seager: In general not just space science but lots of fields, they're moving towards big data, so what TESS is going to do is to get big data but of stars that are close to Earth, all of the stars are actually far away but we're interested in the closest stars with planets because they're the brightest and that brightness lets us do all kinds of follow up measurements.

Sputnik: What exactly will the planet detection process look like then?

Sara Seager: We will be getting images of lots of stars, in total hundreds of thousands of stars at a two minute cadence, and honestly, millions of stars at 30 minute cadence, and every month TESS will observe one strip of the sky, going almost from the equator to pole, first the southern hemisphere and month to month moving on to a new strip and then the northern hemisphere, so every month we will be getting tons and tons of data down with images that will use our computers both at NASA and here at MIT to clean up the images, first of all, and then to look at each star, star by star for special stars of interest, looking for a tiny drop in brightness that might signal that the planet is going in front of it.

The funny thing I wanted to share is that this kind of planet finding is not actually brand new, our data will be new and different, so after that we need to sort through whether these little drops in brightness are artefacts in the data or maybe they are binary stars or planets, and that kind of unleashes a whole other subset of the TESS […] from people all around the world helping to disentangle real planet signals from other artefacts.

Sputnik: The potential sounds absolutely huge and very, very exciting perhaps, you can explain to us what could be the practical application of the huge knowledge that you're going to gain now moving forward?

Sara Seager: For planets themselves we don't have a huge practical application in this regard, we're really just trying to explore what is out there, who, if anything, is out there, and one of our exciting goals amidst all of the thousands of planets we hope to find, is to find a set of small planets, rocky planets orbiting in their stars, the so-called goldilocks zone, not too hot, not too cold but just right for life, and those ones will be the prime set of stars with planets that we and other people will be wanting to follow up.

READ MORE: NASA to Launch a 'Planet Hunter' in a Bid to Scan Their Atmosphere

Sputnik: What's your particular hope and expectation? What are you most excited about regarding these projects?

Sara Seager: What I'm most excited about, aside from the possibility to search for planets that might host life, is astronomers have found thousands of planets impart thanks to the pioneering Kepler space telescope, and we know the planets are there, we know their sizes, we know their orbits, but that's about it, and we have like a giant mystery, all these planets and we haven't found any solar system copies. We found all kinds of planets that appear to be nothing like anything in our solar system, but to get more information we need to find the same set of planets that are much closer, orbiting stars that are much closer to Earth than the ones that exist already so we can follow up and find out what the planets might be really like.

The views and opinions expressed by Sara Seager are those of the speaker and do not necessarily reflect those of Sputnik.