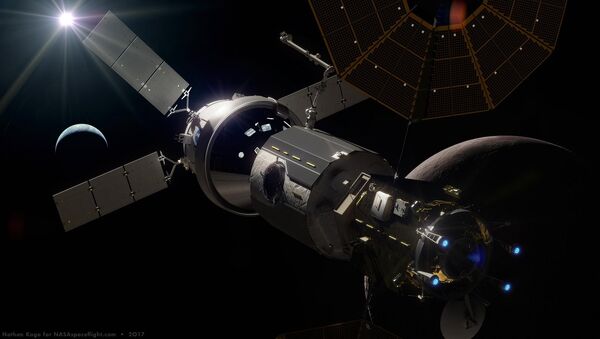 As the space race heats up, the first contracts for the manufacture of key components for humanity’s Gateway orbital lunar base will be awarded in 2019, according to NASA.

Moon Colonization: Why Do We Want It and What Technologies Do We Have?
Expected to begin next year, a big push to reignite space exploration will see landmark awards for contractors to begin building humanity's first orbital moon base, according to NASA.

Intended to be used as a staging area for deep-space exploration and study, the Lunar Orbital Platform-Gateway (LOP-G) will orbit the moon, and operate as a jumping-off point for manned Mars exhibitions, as well as to the asteroid belt and other planets.

Contracts for power and propulsion systems will be announced, as well as those for habitation and life-support, according to a Thursday statement from NASA associate administrator William Gerstenmaier during the 2018 Space Symposium conference in Colorado.

Infrastructure elements of the Gateway lunar base will be launched and nudged into orbit around Earth's only natural satellite beginning in 2022, according to NASA.

The orbital platform should be operational by 2025, hosting a rotating four-cosmonaut crew on 30-day missions, cited by Bloomberg.

Seeking to better understand "orbital mechanics around the moon," Gerstenmaier noted the wealth of data to be gleaned from "doing things in this region, where gravity isn't such a big driver," also observing that human space exploration away from the gravitational well of the earth would be a "different way of operating."

Noting that huge cash outlays — often the bane of federally-funded space exploration — are not currently necessary, Gernstenmaier remarked that LOP-G has "fiscal realism, and it's also adaptable," cited by Bloomberg.

"It can adapt to commercial partners. It's not a rigid program of one mission following another," he added, in reference to the expensive US Apollo space program.

Gernstenmaier appeared to openly refute comments made by US President Donald Trump, after the latter declared that funding for the international consortium that manages the ISS should be discontinued.

"We think [the ISS is] a great place to do development," the NASA official asserted. "To do major development in the vicinity of the moon is really costly."