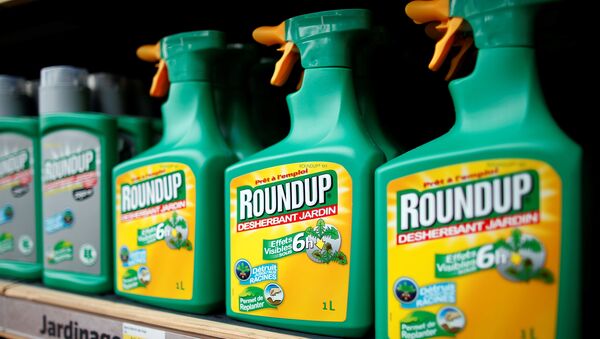 On Tuesday, German Agriculture Minister Julia Kloeckner announced that legislation is being drafted to end the use of glyphosate in the country’s home gardens, parks and sports facilities.

Glyphosate, the active ingredient in agricultural giant Monsanto's Roundup product, is used to kill weeds. In Germany, an estimated 40 percent of all crop-growing land is treated with the toxic chemical.

The German minister is also planning on establishing additional restrictions for the use of glyphosate in agriculture, except in areas that easily erode and cannot be exposed to heavy machinery.

"I am planning a regulatory draft as a first building block in the strategy to minimize the use of glyphosate," Kloeckner said, cited by Reuters.

The poisonous herbicide has faced extensive controversy since 2015 when the World Health Organization's (WHO) International Agency for Research on Cancer classified it as "probably carcinogenic." The US Environmental Protection Agency (EPA) and the European Food Safety Authority (EFSA) claim the widely-used plant-killing toxin is safe.

"We need a full exit from glyphosate during this legislative period. Glyphosate kills everything that is green, depriving insects of their food source," Germany's new Environment Minister Svenja Schulze said earlier this month.

In November 2017, Kloeckner's predecessor, Christian Schmidt, voted in favor of continuing to use glyphosate in the country for the next five years. In addition, Werner Baumann, CEO of Bayer, soon to acquire Monsanto, recently said that he expects Germany to ban the use of the strikingly profitable toxin but notes that without a proper regulatory framework in light of the politicization of its use, a protracted court battle for continued Roundup sales may be looming in Europe.