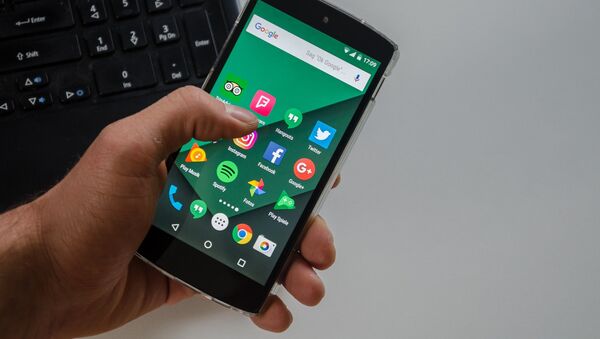 CC0 / /
Subscribe
Privacy advocates are ringing the alarm over the Pentagon's plans to develop a program that keeps tabs on soldiers’ wellbeing by using device sensors for its Warfighter Analytics using smartphones for health programs. Sputnik discussed this with Dr. Athina Karatzogianni, associate professor of Media and Communication at University of Leicester.

Dr. Athina Karatzogianni: Possibly a disaster waiting to happen. I think we’re past Orwellian, people don’t seem to be concerned at all about ethical guidelines, privacy and so on, giving the information freely on all sorts of apps, not just on this particular app being developed. That’s one thing, the other thing is that by the political nature of this, here we have the state technocracy investing in a private company somewhere in Virginia, $5 million, it's not a lot of money, but it  is sort of an indicator to get other investors interested this. You have a state technocracy who is going to control this, what’s the oversight of this, because commercial use is going to happen faster. We already have examples of the NHS in the UK piloting these apps there, might incentives from companies to have employees use  and show off and you might get a bonus depending how well you take care of yourself, for example. Other concerns are how many people will have access to this data, so the app will send the data to centers, to doctors, to all sorts of personnel in the case of the military, we've seen that with the leaks and there have been so many of those, so what are the safeguards in terms of security for this data not to be taken by anybody and been sold to foreign governments, for instance. We have employees  from the American military here that are going to be acting as some kind of guinea pigs, this quantification of lies, home lies, and generally how are they protected, they are also employees. At the same time if this is a commercial use in the future now that DARPA (Defense Advanced Research Projects Agency) has invested in it.

Sputnik: So how legal is this program to collect information on smart phones? Are you aware of the legality? Do you have any comment with regards to that?

Dr. Athina Karatzogianni: As far as I know, in terms of health informatics and so on there have been pilot studies, for example, for people with diabetes and so on, and they follow the research ethics of this, the application of data sharing; they have to go through a lot of oversight, and so on. I’m not sure here, it is not discussed in anything that I've read here, how this is going to happen, how the date is going to leave the app, and go where, and what is the civilian oversight here, it’s very difficult to understand how they thought about this, how is the state technocracy even thinking about this, of data anonymization, transparent data collection, how do you anonymize this data.

Sputnik: This report comes amid a recent privacy scandal which including Facebook and the loss of data of over 90 million users, do you think this development will see further public backlash then?

Dr. Athina Karatzogianni: Well it’s hard to tell, and the reason is we did the summary is set on computer science undergraduates, and they should be very aware of this, and it seems that people just don’t care, they’re thinking well if they give my data, my biometric information, or anything at all, be it on Facebook, there’s pear pressure to be social, to be advertising, branding yourself, you become this product that is selling itself. In this case, people don’t care if you do give your information to get better deals, or to get a bonus from your employer for taking care of yourself, for example, like giving this information for people that have diabetes or other conditions could save your life basically, so it’s going to become this life or death scenario where you either give this information of your everyday life and your everyday life is continuously monitored or  you're not going to live a healthy life, so this is the position we’re at and it’s a very strange position to be, especially, for civilians. But I would argue that American military personnel and this has happened with DARPA, and for the American military; other militaries are going to have follow suit, because this is an arms race. I think Zuckerberg put it very well, this is an arms race, and this is information war, so to speak, is an arms race and if the American military does it how, many militaries are going to follow and what is the fall out from this.