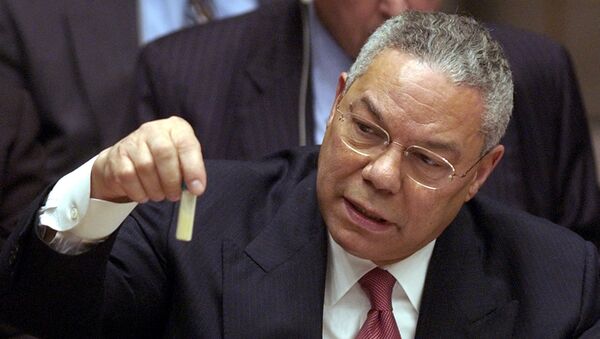 © AP Photo / Elise Amendola
Subscribe
Ilya Tsukanov
All materialsWrite to the author
The alleged chemical attack in the Syrian city of Douma on April 7 served as a pretext for US, French and British airstrikes against the Middle Eastern country on April 14. Sputnik France contributor Irina Dmitrieva decided to look back at a few other incidents which led to wars in the decades, centuries and millennia past.

The suspected Douma attack prompted the US and its allies to fire over 100 missiles into Syria, just hours before the arrival of a fact-finding mission by the Organization for the Prohibition of Chemical Weapons. Days earlier, Russian chemical warfare specialists visited the site of the alleged attack, finding no traces of chemical weapons use. Furthermore, the video evidence purporting to show the fallout from a chemical attack at a Douma hospital has come under intense scrutiny amid eyewitness testimony suggesting that no chemical attack had taken place.

Reichstag Fire
On the night of February 27, 1933, Reichstag Palace, the seat of the German parliament in Berlin, was ravaged by fire. Police arrived on the scene and arrested Marinus van der Lubbe, an unemployed Dutch communist. Germany's fledgling Nazi authorities used the fire for political purposes, presenting it as a criminal act by Germany's then-powerful communist opposition. The fire put an end to personal freedom in the Weimar Republic, and marked the beginning of the campaign to crush all opposition to the Nazis. 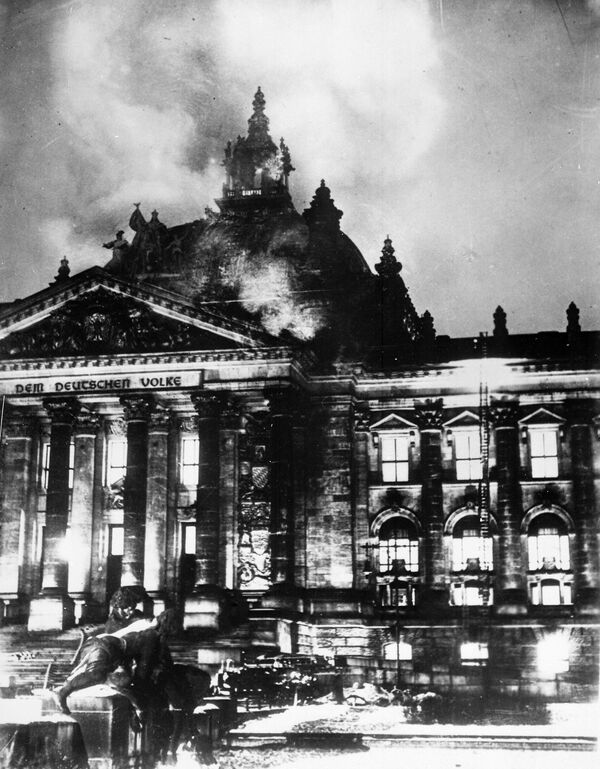 "There are several versions about what happened that night, from an act of an individual to a Nazi conspiracy," Dmitrieva wrote. "Subsequent investigations found that the building was already burning in several areas by the time the Dutch communist arrived. French historian Jacques Delarue believes that the act of arson was committed by a Nazi stormtrooper on the initiative of Hermann Goering."

Vial of Anthrax in the Lead-up to Iraq War

On February 5, 2003, US Secretary of State Colin Powell delivered a speech at the UN, waving a prop vial of anthrax, meant to represent Iraqi leader Saddam Hussein's supposed efforts to hide his weapons of mass destruction. The UN Security Council refused to support US-led intervention. However, a month and a half later, the US and the UK started a military operation anyway. 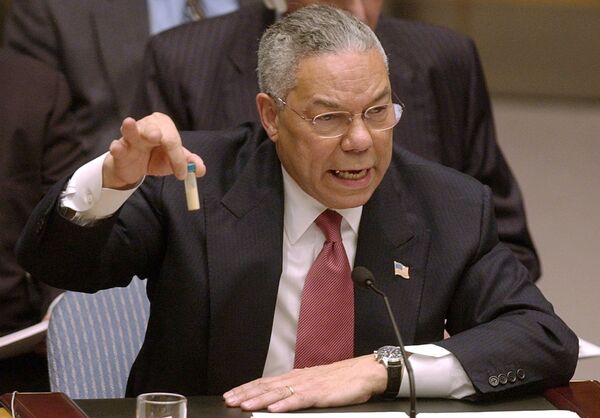 The image seen round the world of Secretary of State Colin Powell and his mock vial of anthrax,which he held up during a presentation before the UN on Iraq's alleged weapons of mass destruction program, February 5, 2003.
© AP Photo / Elise Amendola

The Iraq War cost the coalition thousands of military casualties, and hundreds of thousands of Iraqi civilians were killed. The war also led to the near collapse of the state of Iraq, and the rise of Daesh (ISIS).* No substantial evidence of biological, chemical or nuclear weapons were never found.

A year after the war began, Powell admitted that he had been misinformed, and that the details in his UN presentation were "wrong."

The Mukden Incident, also known as the Manchurian Incident, took place on the night of September 18, 1931, and marked the beginning of the Second World War in Asia. The incident saw soldiers of Japan's Kwantung Army laying a bomb near the railway track at the Japan-leased South Manchuria Railway near the city of Mukden, on the border with Japanese-controlled Korea. Tokyo blamed the incident on China, thus justifying its invasion of Manchuria. The invasion succeeded, and Japan's occupation lasted until August 1945. The International Military Tribunal for the Far East established in Tokyo after the war under the Potsdam agreements concluded that several senior Japanese officers were responsible for the plot. 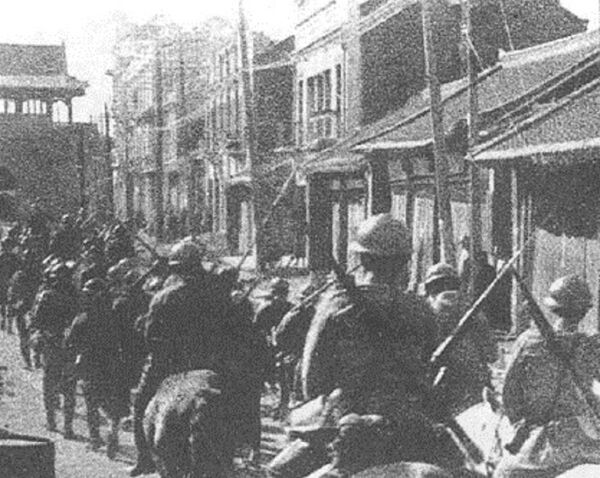 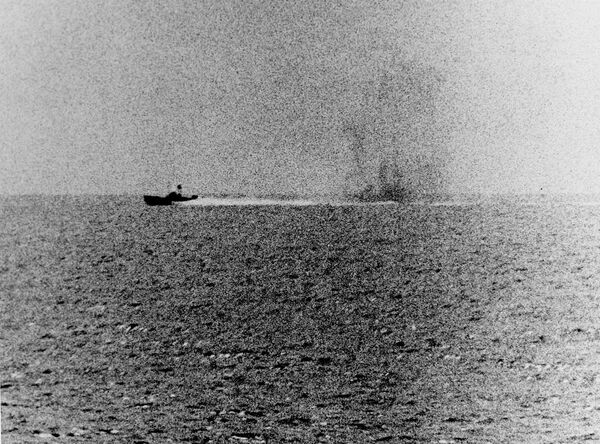 Following the incident, President Lyndon Johnson ordered the destroyer USS Turner Joy to support the Maddox, and on the night of August 4, they made their way back to the Gulf of Tonkin, where they were again 'attacked' by unidentified enemies and returned fire. US aviation deployed to the area did not manage to find the 'enemy ships', but Washington was informed.

In 2003, former Secretary of Defense Robert McNamara admitted that the attack on the Maddox on August 4 and used to justify the war never took place. Two years later, documents declassified by the NSA confirmed that doubts about the Tonkin attack were raised from the very beginning of the investigation.

On February 15, 1898, an explosion took place on the battleship USS Maine in Havana harbor, killing 260 men, or two thirds of the ship's crew. Washington immediately blamed Spain, which controlled Cuba at the time, for the attack, with US media presenting Spain's guilt as an established fact despite a lack of evidence. 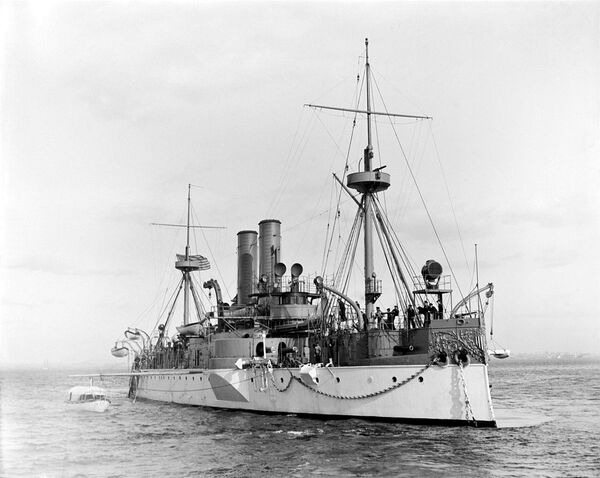 On April 19, Congress passed a resolution demanding that Spain leave Cuba. Days later, US forces opened fire on Spanish emplacements in Havana. By mid-August 1898, Madrid lost the war. Under the peace treaty, Spain was forced to transfer its colonies in Asia and Latin America, including the Philippines, Guam, Puerto Rico and Cuba, to the United States.

A 1976 investigation by US Admiral Hyman G. Rickover conducted an investigation, concluding that the sinking of the Maine may have been caused a spontaneous combustion in the ship's coal bins, an issue which afflicted other ships at the time.

The shelling of Mainila, the incident which led to the Soviet-Finnish Winter War, took place on November 26, 1939. The same day, the Soviet government sent a note of protest to the Finnish government, accusing Finnish forces of firing seven artillery shells into Soviet forces, which led four dead and nine injured. Moscow demanded that Finland withdraw its troops 20-25 km from the border. Helsinki demanded that Moscow do the same. Moscow refused, since this would mean withdrawing into Leningrad. Red Army commanders were ordered to initiate return fire to any attacks along the border. Four days later, Soviet forces began an invasion of Finland. For decades afterward, Soviet historians argued that Finland was to blame for the incident. After the collapse of the Soviet Union, new theories arose in Russia, including that the incident was staged by the NKVD, precursor to the KGB, or that the November 26 incident did not lead to any Soviet losses in the first place. In 1994, Russian President Boris Yeltsin denounced the Winter War as a war of aggression.

The Gleiwitz incident was organized by the Nazis in Gleiwitz, eastern Germany (now Poland) on August 31, 1939. 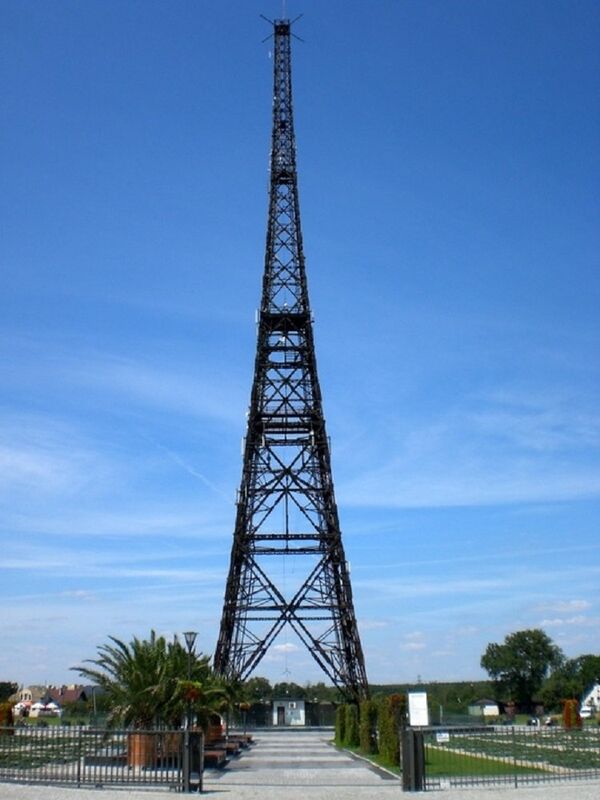 On the night of August 31, German soldiers dressed in Polish military uniforms seized a radio transmitter at Gleiwitz, calling on the Polish minority in Silesia to rise up and overthrow Adolf Hitler.

The false flag attack, dubbed Operation Himmler, was intended to legitimize the Nazi German invasion of Poland. Details of the false flag attack were revealed by the confession of SS functionary Alfred Naujocks at the Nuremberg Trials in 1945.

On September 1, 1939, Germany invaded Poland. On September 3 and 4, France and Britain joined the war, prompting the start of the Second World War in Europe.

False flags are by no means just a product of the last two centuries. On July 18, 64 BC, Rome, one of the largest cities of Antiquity, was struck by a fire which raged six days and seven nights, completely destroying three of the city's fourteen districts and damaging seven others, and leading to thousands of deaths. 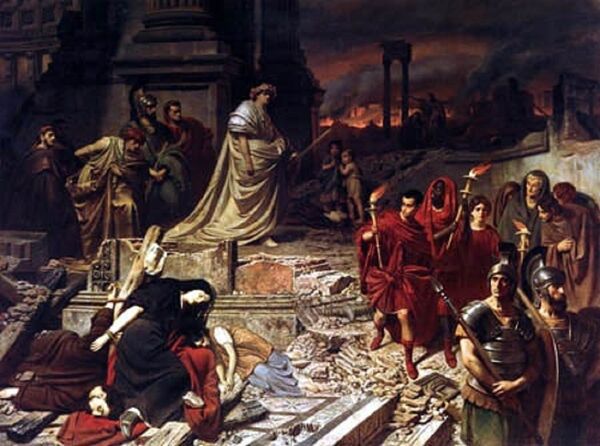 Emperor Nero took immediate steps to restore the city, but this did not silence rumors that he was responsible for the blaze. This prompted the emperor to blame Christians. Roman historian Tacitus emphasized that the persecution of Christians began immediately after the fire.

"Any resemblance between these historical provocations and current events is accidental,"  Dmitrieva wrote. However, "just as the Great Fire of Rome led to atrocities against civilian populations, any provocation today can lead to violence and even war. Let's hope that no country in the world will compel humanity to pay this price in the name of its national interests," the journalist concluded.