Moon Colonization: Why Do We Want It and What Technologies Do We Have? 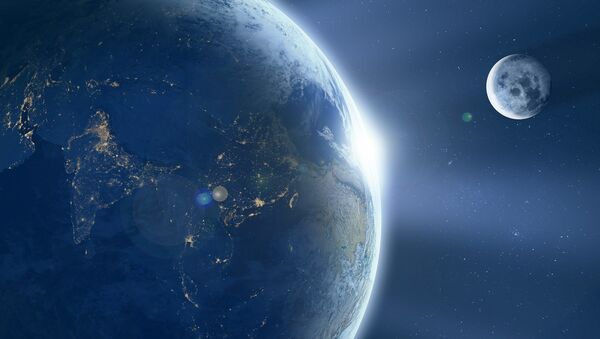 CC0 / /
Subscribe
International
India
Africa
Scientists are convinced that humankind is capable of turning the Moon into a space outpost: people have cosmodromes, heavy carrier rockets, space modules and lunar rovers. Sputnik reveals what is behind the human desire to conquer space and what challenges colonizers may face on the way.

The idea of the Moon's colonization was quite popular during the Cold War era. But in the mid-1970s such projects by the USSR and the US were suspended as travel to the satellite proved very expensive and didn't pursue any concrete goal.

But half a century later, the dreams of settling on the Moon have taken over mankind once again.

Perhaps, this is due to the high technological level of civilization that needs really ambitious goals as well as the prospects for the development of private space exploration, journalist and scientific observer Tatyana Pichugina wrote for Sputnik.

According to her, the arsenal of the world's space industry has everything one needs to conquer the Moon. What is missing, are clearly formulated goals.

How Can We Use the Moon?

Many scientists believe that space expansion is a logical step towards mankind's further development.

Sooner or later, Earth will become too "crowded" and there will be a need for a transshipment base on the Moon, from where one could go to Mars and other planets of the solar system.

Moon colonization would also give people an opportunity to extract valuable minerals. Particular hopes are associated with helium-3, which is used in neutron counters.

Science & Tech
The Long Game: China Seeks to Transfer Its Silk Industry to Far Side of the Moon
There is very little helium-3 available on the Earth, but quite a lot — on the Moon. Therefore, a number of governments have already signaled their readiness to go to the satellite to mine helium-3 as a fuel supply.

The possibility of transferring energy-intensive production to the Moon in order to reduce industrial emissions on Earth in the distant future has also been voiced by a number of researchers.

What Challenges Are We About to Face?

There is no atmosphere and no magnetic field on the Moon. Its surface is continuously bombarded with micrometeorites, while the temperature differences during one day may reach two hundred degrees Celsius.

People can work there only in suits and within sealed lunar rovers, or in a stationary inhabited module with a complete life support system.

Generally, the whole construction process must be also based on completely different and advanced technologies: using inflatable modules, producing many building elements on a 3D printer, creating composite materials from the lunar regolith by means of laser sintering.

Thus, there are many things that scientists still have to think through before any actual colonization efforts will take place.

A moon-orbiting space station is considered a logical step on the way to the colonization of the moon.

The United States, Russia and China have already announced the implementation of a corresponding project by 2025-2030.

In particular, the US and Russia have agreed on the establishment of a joint orbital station called the Deep Space Gateway. The project may be joined by China, India and some BRICS countries.

Technical details are expected to be presented this year. Construction works in orbit are set to start in 2024.