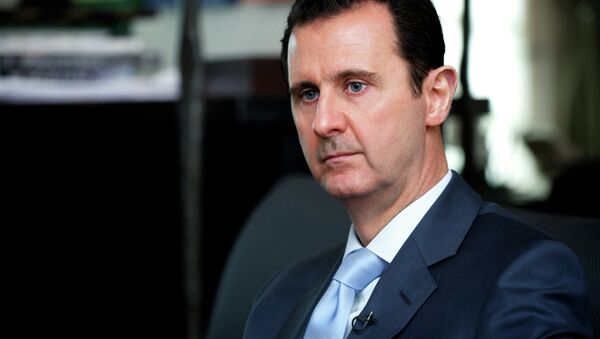 © AFP 2022 / HO/SANA
Subscribe
The Syrian Foreign Ministry has returned to France the Legion of Honor award that was granted to Syrian President Bashar al-Assad by former French President Jacques Chirac in 2001.

The Syrian Foreign Ministry said in a statement that France's most prestigious award has been returned via the Romanian Embassy in Damascus, which represents the Western European country's interests in Syria.

The ministry said the decision was made after France participated in the April 14 attack on government targets in Syria alongside the US and Britain, adding that Syria is not honored to hold a medal from a country that follows the orders of the US.

"It is no honor for President Assad to wear a decoration attributed by a slave country and follower of the United States that supports terrorists," the statement said.

"The time of colonialism and enslaving people is over and the Syrians who stood by the Syrian army in fighting terrorism for seven years will not be terrorized by reckless and childish policies," the Syrian presidential office said, according to Xinhua.

Earlier this week, the office of French President Emmanuel Macron said that the French government was planning to strip Assad of the award anyway, over the alleged chemical weapons attack on Douma it holds was carried out by Assad's government.

Pentagon Has No Indication Syria Will Conduct a "Chemical Attack"
Each year about 3,000 people receive the honour, created by Napoléon Bonaparte in 1802, to reward both France's distinguished citizens and foreigners who are recognized for "services rendered to France," for defending human rights or other causes.

Assad was decorated with the Legion of Honor's highest rank, the Grand Croix or Great Cross, during a state visit to Paris in 2001, shortly after taking office following the death of his father, Hafez al-Assad. The younger Assad, who speaks French, maintained close relations with France before the Syrian civil war broke out. 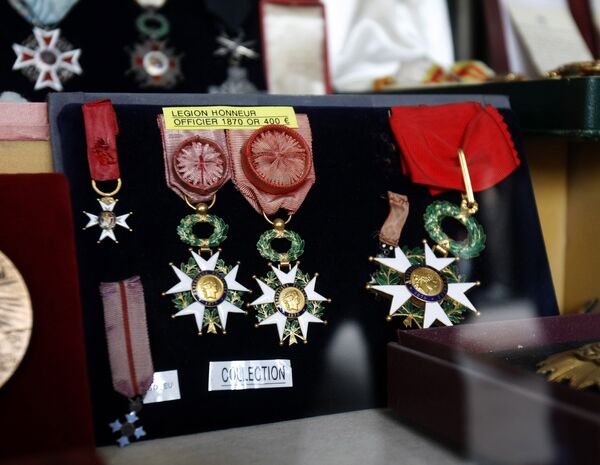 On April 14, the United States, France and the United Kingdom carried out a missile attack on a number of targets in Syria, including facilities in Barzeh and Jamraya, in response to the alleged attack in Douma. The Syrian government denies using chemical weapons there.

According to the Russian Defense Ministry, a total of 103 cruise missiles were launched by the United States and its allies, 71 of which were intercepted by Syria's air defenses.

From 1923 to 1943, when Syria gained independence, it was governed by France as a League of Nations Mandate, along with neighboring Lebanon.