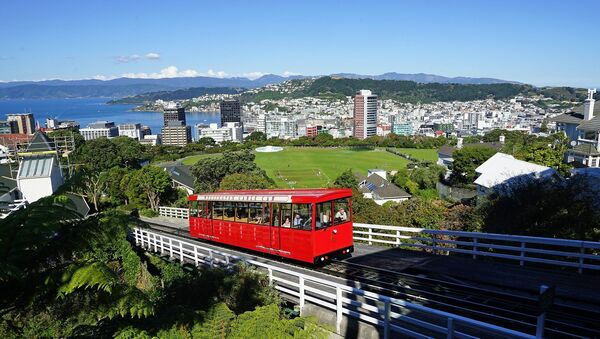 CC0 / /
Subscribe
New Zealand’s proposed trade deal with the EU is expected to bolster economic ties between the entire Commonwealth and the single European market and is poised to bring indirect trade benefits to the post-Brexit UK and the US.

Kristian Rouz — The ongoing Brexit negotiations are taking an unlikely turn in the form of a nascent economic rapprochement between the EU and the UK-led Commonwealth — formerly known as the British Commonwealth — which comprises the parts of the former British Empire.

The warming ties are being spearheaded by New Zealand, which is pushing for a trade deal with the EU, whilst the post-Brexit UK has sought to ramp up its trade and economic cooperation with the entire Commonwealth — including New Zealand.

New Zealand's Prime Minister Jacinda Ardern has proposed a progressive trade deal with the EU earlier this week, which would include the provisions of free bilateral trade. Prime Minister Ardern also dismissed the UK's push for strengthening ties within the Commonwealth as a "longer run aspiration."

"I believe an EU-New Zealand FTA presents an opportunity to conclude an agreement that is a model for progressive and inclusive trade," the Kiwi prime minister said after a bilateral meeting with French President Emmanuel Macron.

EU Officials Call For Negotiated Solutions to Trade Disputes
Ardern's Labor Party won an unlikely victory in last year's general election, forming a government after the two right-wing parties — National and NZ First — failed to form a ruling coalition. Her left-wing and globalist leanings aren't favored by some members of the Conservative and Unionist Cabinet in the UK, and this sentiment appears to be mutual.

New Zealand is a major exporter of agricultural goods and sees the prospect of free trade with the EU's industrialized North as highly beneficial.
However, New Zealand has commitments to the Commonwealth as well, meaning its stronger ties with the EU would inevitably push the entire Commonwealth — including the UK itself — closer to the EU.

"Nothing is certain, there's always room for these things to move, but I certainly come away from this visit much more hopeful than, perhaps, when I went in," PM Ardern said after a meeting with the German Chancellor Angela Merkel.

The sides also reaffirmed their mutual commitment to moving forward with the free trade talks.

For its part, France has also voiced support for a EU-New Zealand trade deal. A joint written declaration by President Macron and PM Ardern included commitments to bolstering bilateral trade, and stressed the sides are "natural partners," who could foster a "new generation of trade deals."

Ironically, New Zealand's trade endeavors coincided with US President Donald Trump's suggestions that the US could return to the negotiating table for the Trans-Pacific Partnership (TPP), which New Zealand would be part of. President Trump's suggestion was welcomed by both Japan and Australia — two other prominent members of the would-be TPP.

EU Mulls Joining US in Trade War With China in Bid to Ease Tariffs - Reports
Meantime, the US might be close to striking bilateral trade deals with its European partners — including France and Germany. The latter is seeking exemptions from President Trump's industrial metals tariffs and might make certain concessions on its huge trade surplus — a source of dismay for President Trump.

These latest developments somewhat contradict the perception of the global trade environment as becoming increasingly protectionist in the wake of Brexit and President Trump's policies in the US. The international trade system is moving closer to sweeping reform, which will decide the global trade landscape for decades.

The eventual results of the intensified negotiating activity in all parts of the world — who could have imagined a New Zealand-EU trade partnership only two years ago — are expected to bring about the unlikeliest changes in the international trade architecture.

Whether such changes will be beneficial for global growth and economic developments, and whether the new global trade system will be fairer for all parties involved, remains unclear.