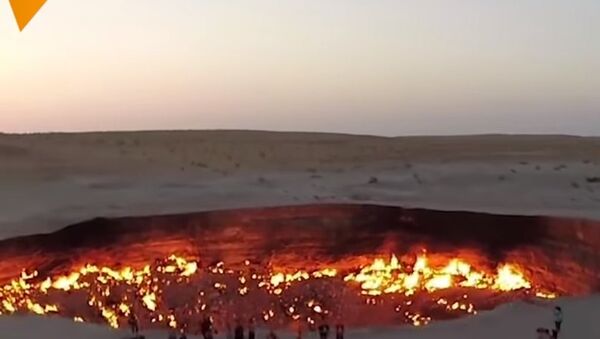 In the center of the Karakum desert in Turkmenistan, lies the Darvaza gas crater with a diameter of 60 meters, and a depth of 20 meters, deemed the "Gates of Hell" for its continuous burning.

This crater appeared in 1971 during a survey of the local area by geologists. When they started to drill the exploration well, the ground suddenly collapsed and a large crater formed from which the gas leaked out. As it turned out there was a void under the surface of the earth. Fortunately, none of the researchers were injured. And in order to prevent the harmful gas poisoning people and animals living nearby, it was decided to burn it. After the crater was set on fire, it was expected that the exhaust gas would run out after a few days. However, the burning of Darvaza continues to burn to this very day.