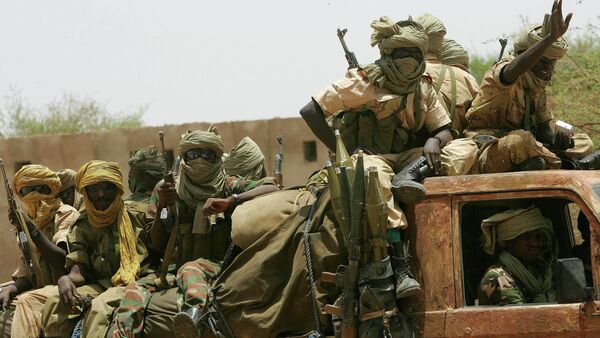 With the operation of the Saudi-led coalition in Yemen going on for three years without much success and growing combat-related casualties, the two countries may seek alternative ways to replenish their troops.

The London based pan-Arab newspaper owned by Palestinian expatriates Al-Quds Al-Arabi reported, citing sources in Saudi Arabia, that Riyadh is currently recruiting mercenaries from Chad. According to the outlet, the Saudis allegedly have a secret agreement with N'Djamena that could have been struck during its president's visit to Riyadh in April. Yemeni Al-Masirah television network reported that the UAE is planning on doing the same. It allegedly plans to recruit some 10,000 troops from Uganda.

Both countries are currently involved in the war in Yemen, fighting against the country's Houthi rebels. The operation of the Saudi-led coalition has been going for three years, since Houthi fighters captured the capital of the country. Both sources suggest that new recruits will be deployed to Yemen to support the ongoing operation.

The operation by the Saudi-led coalition began in 2015, aiming to restore the government's control over the country's northern part of, which was conquered by the Houthis. The conflict started after the Houthis and other political forces failed to find a peaceful solution to their political crisis. As a result, armed Houthis captured the capital Sana'a. The government, led by President Mansur Hadi, fled to the south and established Aden as the new capital.

The conflict, which has been ongoing for three years, has led to massive destruction in the country, including infrastructure and a dire humanitarian crisis. The Saudi-led coalition has been accused multiple times of causing civilian casualties as a result of their airstrikes. In December 2017, an OHCHR spokeswoman said that 143 civilians had been killed over 6 days as a result of coalition air raids.