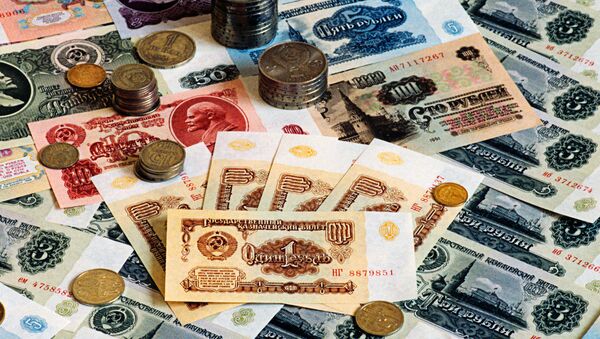 Packages of Soviet banknotes were lying right on the ground in the forest in Vladimir region, covering the former missile shaft.

After monetary reform was carried out in the 1990s, millions of obsolete Soviet rubles were concealed in former missile shafts all over Russia. In the Ivanovo region, sometimes money is carried by the wind and simply rains down. Together with the fallen leaves hundreds of banknotes were carried along by the wind in the streets of the settlement, thousands of Soviet troikas (threes), fives and ten-notes could be seen.