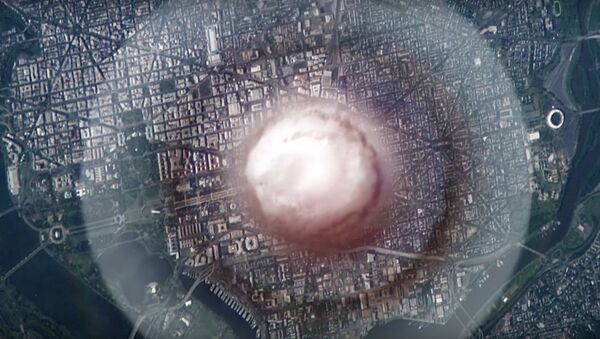 Science Magazine has published a video showing the consequences of a simulated nuclear attack near the White House in Washington carried out by terrorists.

American experts have wondered what the aftermath of a nuclear explosion near the White House in Washington, D.C. would look like, and have simulated one to find it out. They modeled the nuclear attack story under National Planning Scenario 1, implying a nuclear terrorism threat, in order to find the best way for national security officials to test their response to the purported attack before having to face the real threat. The footage, uploaded to Science Magazine’s YouTube channel, shows the blast smashing buildings, leaving hundreds of thousands of people dead, others fleeing the scene and seeking medical help.