'This Was a Political Message': Kurdish Parties Condemn US-Led Strike on Syria 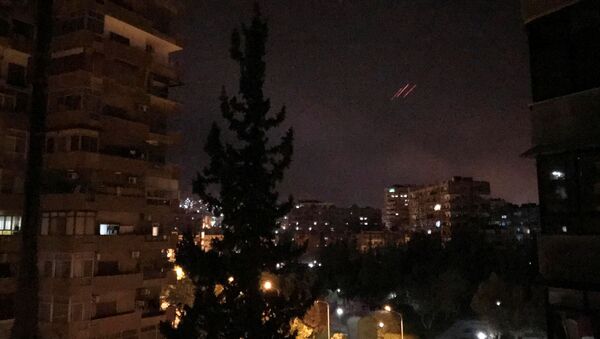 © REUTERS / Feras Makdesi
Subscribe
Representatives of Kurdish political parties in Syria in an interview with Sputnik condemned the missile attack of the United States, Britain and France on Syrian territory.

The chairman of the Syrian Kurdish Progressive Democratic Party, Mustafa Hanifi, stated that his party "strongly opposes the use of force in the Syrian question".

"We issued a protest statement against the missile strike against Syria. Our party strongly condemns any attack directed against Syria, regardless of which country or group of countries it is from," Hanifi said.

Top-3 Things to Know About Pantsir System That Helped Syria Repel Missile Attack
In turn, the leader of the Democratic Union Party (FDP) Fethi Muhammed expressed concern that the attacks on Syria could further aggravate the Syrian crisis.

He said, "Western forces attacked Syria not because of a chemical attack or the desire to achieve justice. They did this to show Russia their presence in the Middle East, in Syria. This was a kind of political message; information about the impending strike on Syria was actively discussed in the media.”

The chairman of the National Council of Syrian Kurds, Fuad Eliko also considers the missile strike a message of the Western coalition countries.

"The United States wanted to send to Russia, which has significantly strengthened its positions in Syria and the Middle East, a political message and influence the Russian position in the region.

I believe that the diplomatic crisis in the relations between Russia and European countries also played a role in the decision of the Western forces to strike.

According to Eliko, the situation in the region "points to the need to find political ways to resolve the Syrian conflict."

On April 14 US, French and British military forces conducted a massive missile strike on Syria over the alleged use of chemical weapons in Douma, Eastern Ghouta, groundlessly blaming it on Syrian President Bashar al-Assad.

The views and opinions expressed by Mustafa Hanifi, Fethi Muhammad and Fuad Eliko are those of the speakers and do not necessarily reflect those of Sputnik.