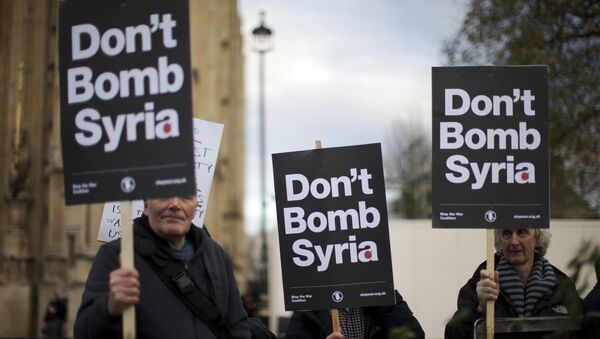 There is no proof that the Syrian authorities were responsible for an alleged chemical attack in Douma, member of Alternative for Germany (AfD) party and Bundestag MP Hansjörg Müller told the Russian web portal Politika Segodnya.

Members of the German AfD party do not support Berlin's official stance on the alleged involvement of Damascus in the chemical attack in the city of the Douma.

"There is no evidence. We do not rule out that this was a 'false-flag-action' of the Western countries," the party member and lawmaker Hansjörg Müller told the media outlet.

On Friday night, the United States, the United Kingdom and France launched airstrikes against Syria over reports of a chemical attack in Eastern Ghouta's Douma.

Germany did not take part in the military campaign, but Chancellor Angela Merkel told journalists that Berlin supports "everything" that is done "to send a signal that this use of chemical weapons is not acceptable."

Western countries are accusing the Syrian government of being behind the alleged chemical attack. Damascus has repeatedly denied the allegations, stressing that no reliable proof had been presented.