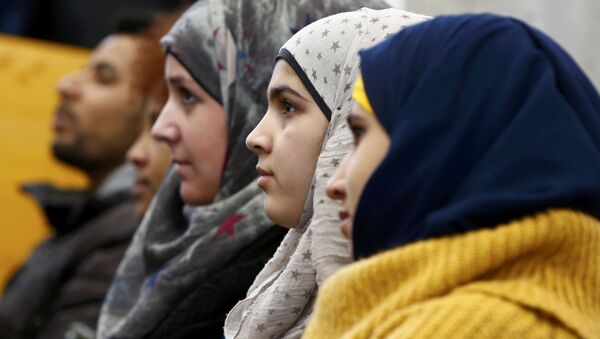 With millions of immigrants entering the European Union (EU) in recent years, concerns have been raised over the limited vetting they received for terrorist or criminal activity before they entered the bloc.

Georg Pazderski, a deputy federal chairman of the Alternative for Germany (AfD) party warned on Tuesday that proposed EU measures to tackle the threats posed to member states by unchecked immigrants are inadequate.

"It's not just about making it difficult for criminals and terrorists to falsify documents. The goal must also be to stop, identify and send hundreds of thousands of illegal migrants back home. That's why we need a complete record of all asylum seekers who come to our country,” Mr. Pazderski said on April 17, according to an official party press release.

Many of the migrants who entered Germany and other European states are from countries which have limited records of its citizens and may not maintain regular criminal databases, or are from nations which the EU has served ties with, such as Syria, so they are unable to alert them to potential terrorists or high-risk criminals.

The EU Commission’s proposed digital fingerprint will not be enough to defend the union from criminals and terrorists, and a more comprehensive approach, including a zero-tolerance policy on illegal immigrants, is needed, according to Mr. Pazderski.

“Those who cannot show this [valid identification documents at the border] must be rejected immediately. However, such a zero-tolerance policy must also be applied within the EU borders. Anyone who is found without a secure proof of identity must be punished according to the applicable laws and ultimately deported,” the deputy AfD federal chairman added.

“This is the only way can we significantly improve the security of the citizens in the EU and Germany.”

Other EU member states which took in a large number of migrants, such as Sweden, have reportedly witnessed the emergence of “no-go zones” and “parallel societies,” as local authorities fail to integrate migrants into society or successfully deter them from committing crimes.