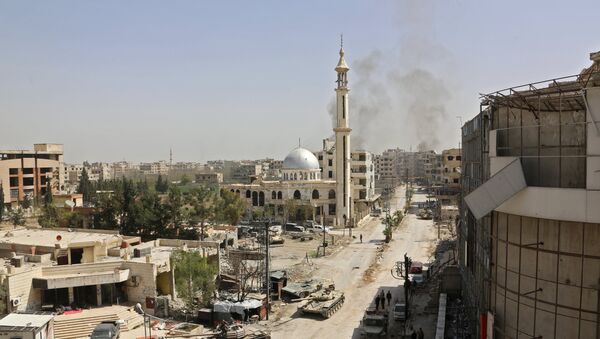 PARIS (Sputnik) - The US, the UK and France resorted to strikes against Syria because, unlike Russia, they have suffered a defeat in the country both on the ground and at the negotiating table, and the liberation of Eastern Ghouta was a trigger for the strikes, the leader of the Astana platform of the Syrian opposition, Randa Kassis, told Sputnik.

On March 31, the command of the Syrian army said that Damascus had liberated Eastern Ghouta which was previously under the control of Jaysh al-Islam militants. On Friday night, the United States, the United Kingdom and France launched airstrikes against Syria over reports of a chemical attack in Eastern Ghouta's Duma. Western countries are accusing the Syrian government of being behind the alleged chemical attack while Damascus refuted the allegations.

According to Kassis, the event was an "even greater" driving force behind the military operation than an alleged chemical attack carried out by Damascus.

World
New US Strikes in Syria Will Provoke a Tougher Response - Moscow
Citing US anti-Russian sanctions and accusations against Moscow amid the poisoning of former double agent Sergei Skripal in the UK town of Salisbury, Kassis noted that hostility toward Russia had started long ago but "is now gaining momentum."

Russian President Vladimir Putin stated that the strikes had been carried out in violation of norms and principles of international law and under a false pretext before Organization for the Prohibition of Chemical Weapons (OPCW) experts arrived at the site of the alleged chemical incident.