Conchita Wurst on Instagram: I’m HIV Positive and Stronger, ‘Freer Than Ever’ 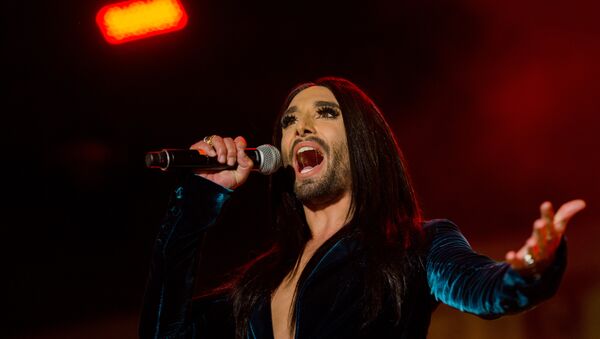 In her post, she wrote in German, "Today is the day to free me from the sword of Damocles for the rest of my life: I have been HIV-positive for many years. This is actually irrelevant to the public, but an ex-boyfriend threatened me to go public with this private information and I will not give anyone the right to frighten me and influence my life in the future."

"Coming out is better than being outed by someone else. I hope to give others courage and to take another step against the stigmatization of those who… have contracted HIV," Wurst added.

In addition, she noted that she has been receiving medical treatment for HIV since her diagnosis and cannot transmit the virus to others as it has been suppressed to undetectable levels.

"I'm stronger, more motivated and freer than ever," Wurst said.

In addition, she commended her family for their "unconditional support" and noted that one reason for not sharing her HIV status earlier was to "spare" them the publicity.

"My friends have also known for quite a while now and have approached with it a spirit of acceptance that I would wish for all those affected," she said.

Wurst gained widespread acclamation after winning the Eurovision Song Contest in 2014 with her song "Rise Like a Phoenix."

000000
Popular comments
I wouldn't mind being able to grow the beard this "chick" can... What the hell is wrong with the world? to quote family guy "there are no such things as chicks with *icks, only guys with tits". I was actually going to rant a little then I saw the last paragraph and it changed the context, it is not that unusual for entertainers to refer to their characters as other than themselves, look at vetriloquists as an example.