Compared to What: Pentagon Says ‘2000%’ Rise in Russian Trolls After Airstrikes 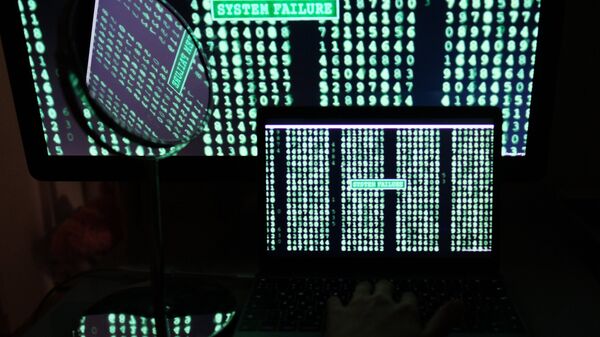 © Sputnik / Natalia Seliverstova
/
Go to the mediabank
Subscribe
International
India
Africa
Saturday morning’s missile attacks by the US, France and UK on Syrian installations allegedly used in the production of chemical weapons has compelled Moscow to retaliate in support of Bashar al-Assad’s government in the form of “Russian trolls,” claims the Pentagon.

Even though Russia has not indicated plans to do so, Pentagon spokesperson Dana White with a straight face told reporters on Saturday that, as a result of the airstrikes, there has been a "2000-percent increase" in Russian trolling on the internet.

"The Russian disinformation campaign has already begun," White asserted without provided context for the number, declaring that "there has been a 2,000-percent increase in Russian trolls in the last 24 hours," cited by Gizmodo.

Although it is possible that a troll army in Russia not only exists but quickly picked up their metaphorical axes and swung to work responding online to the attacks on Syria this weekend. But what is unclear is where the White House got its "2,000-percent" statistic and what the significance of that number indicates.

Does an "increase in Russian trolls" include posts tracked back to Russian state-owned media? Or does the seemingly arbitrary number refer to an increased number of posts? Is it a measure of impact or engagement in the posts?

Or is it a figure chosen because it rolls off the tongue like the US missiles that rained down on Syrian infrastructure over the weekend?

According to Tim Hartford, host of the statistics podcast More or Less, the ‘2000' figure, while easy to digest, does not hold up to closer scrutiny.

"I think there's a basic reality check you can do on most statistical claims," Hartford said, cited by Gizmodo.

"You can just ask: Does that sound reasonable?… OK, so first, if you've been given a number, just ask: compared to what?… The second thing is-what does the statistic actually refer to?" he added.

Others agreed, including researcher Clint Watts at the Center for Cyber and Homeland Security at George Washington University, who told Buzzfeed: "I'm not convinced on this bot thing."

"They are not all in Russia. We don't even think they're all commanded in Russia-at all. We think some of them are legitimately passionate people that are just really into promoting Russia."

"There are certain times when it does give you great insights," suggested Watts, adding, "but it's not a one-time, I look at it for five seconds and write a newspaper article and then that's it. That doesn't give you any context about it."

The US Defense Intelligence Agency wrote last year that "weaponization of information is a key aspect of Russia's strategy and is employed in time of peace, crisis, and war."

The report also claimed that "Russian trolls," via the shadowy institutions such as the notorious Internet Research Agency — a purported Kremlin-backed group — post propaganda in comment sections of social media.

In a Saturday statement, US Senator Ben Sasse (R-NE) noted that "the fog of war will not be limited to our situation rooms and battlefields," referring to the rise in the importance of information as a conflict actor.