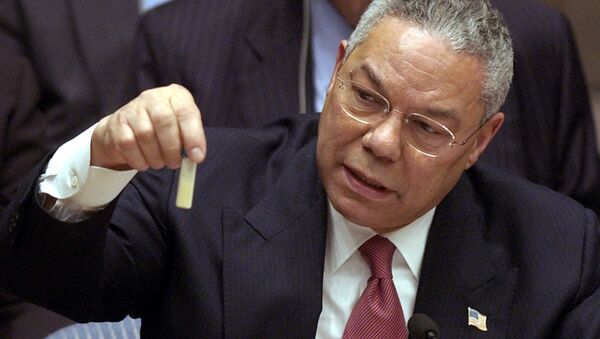 President Trump and his French and British counterparts are reportedly engaged in close consultations on a joint response to the alleged chemical attack in Syria's Douma. Speaking to Sputnik, Northeastern University political science professor Dr. Max Abrahms said Americans may have learned their lesson about official statements which lead to war.

Sputnik: What is your take on the current situation in Syria?

Max Abrahms: It's very tough to read the Trump administration. Because initially, Trump seemed to be baying for blood, said we were going to respond in a heavy-handed fashion, and that the response was going to come very soon. The expectation was that military strikes would be imminent.

There haven't been strikes. I think there are a number of reasons for the delay. The first I believe is that the evidence that [Syrian President Bashar] Assad authorized chemical attacks in Douma is not quite as strong as the administration would like. The United States of course doesn't have the best track record when it comes to alleging that WMDs should be a tripwire for war.

Pentagon Does Not Have Evidence of Chlorine, Sarin Use in Syria’s Douma - Mattis
If you look at what Defense Secretary Mattis has said, he seems to be a restraining person in the administration. He seems to be the most skeptical, both about the evidence of a chemical attack in Douma, as well as the most worried about the possibility of inadvertent escalation, especially with the Russians.

I also think that it's possible that the US is putting its military pieces into place.

Sputnik: Do you think the US has become more careful?

Max Abrahms: I think that Americans have learned something from the Iraq War, and that is to be suspicious about official statements that lead to war; not just with the Iraq War but also with the NATO-led Libya debacle. Prior to that time, I think that many Americans thought that if a mission was multilateral in nature, and if had broad-based international support, then that was evidence that it was wise, and that it would go well.

But again, the US track record in the Muslim world hasn't been that good. I haven't actually seen polling data of the American public. I'll tell you, watching American news, there really isn't that much discussion on networks like CNN about Syria.

I'm not sure that Americans actually have very strong opinions about what to do in Syria, which is a little bit remarkable, given our expectation that the US is probably going to lead some kind of a major military strike or intervention in Syria. If American and [French] leaders are indeed planning on intervening, they need to get more of the public's support. And in both cases, the executive – the leader of the country, has not gone to their legislature. Trump has not put this to a vote in Congress, and May has not put this to a vote in parliament. This is very much a top-down initiative.

'Wimping Out' or '3D Chess'? Twitter Utterly Confused by Trump's Syria Tweets
Donald Trump has been almost a uniquely unpopular president, and one of the only things or maybe the only thing he has done that was popular with the American public were those missile strikes, those 59 Tomahawk cruise missile strikes in response to the last alleged Assad violation [involving] weapons of mass destruction. That uptick in support is not just the result of Republicans rallying around their president, but Democrats as well.

It used to be that people thought of the Democratic Party as the more dovish party. But that really seemed to change I think with Hillary Clinton as the Democratic nominee, who was always quite hawkish on the Iraq war, on Libya, on Syria, as well as dealing with the Russians in terms of NATO expansion. So now, the Democratic Party is arguably even more hawkish than the Republicans.

Sputnik: Do you think that a military action would make him just as popular now as it did the previous time?

Max Abrahms: In general, at least in the United States, there tends to be a rallying around the flag effect, such that when the executive goes to war, there's a rise in public support. I have no doubt that he would have political gains by attacking Syria, which I expect him to do.

The views and opinions expressed by Max Abrahms are those of the expert and do not necessarily reflect those of Sputnik.