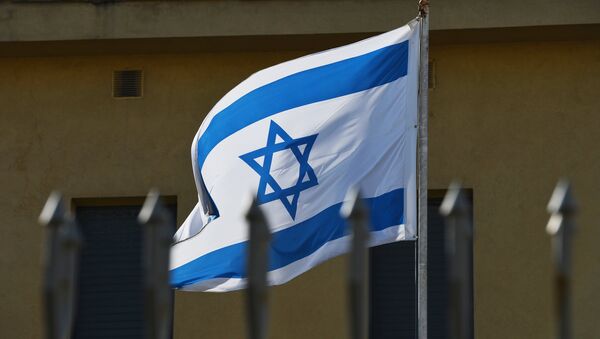 © Sputnik / Vladimir Astapkovich
/
Go to the mediabank
Subscribe
International
India
Africa
MOSCOW (Sputnik) - The Israeli Foreign Ministry on Thursday summoned Irish Ambassador Alison Kelly in connection with the Dublin mayor’s participation in a conference in Palestine, as well as with two Dublin City Council’s "hostile" statements, the ministry said in its press release.

Earlier in the week, the Dublin City Council urged the Irish government to boycott Israel and expel its ambassador from Ireland over the killings of protesters in Palestine. As a response, Israel said it would deny entry to Dublin Mayor Micheal Mac Donncha. However, the mayor entered Israel on Tuesday night on the way to a conference in the West Bank’s city of Ramallah. Mac Donncha said he was unaware that he had been banned, and passed through immigration at the Tel Aviv airport because the ban order sent to immigration officials misspelled his name.

"The Irish ambassador to Israel was summoned this morning to the Ministry of Foreign Affairs following the participation of Dublin's Lord Mayor Mícheál Mac Donncha in an anti-Israel demonstration in Ramallah and on the backdrop of two hostile decisions against Israel taken this week by the Dublin city council," the press release read.

US Lawmakers Urge Israeli Soldiers to Stop Shooting Unarmed Palestinians
The Israeli Foreign Ministry also said it expected an official response from the Irish government on the actions of Mac Donncha and the Dublin City Council, "who are waging a campaign of hatred and discrimination against the State of Israel."

Israel and Palestine are locked in a decades-long dispute over borders and sovereignty. Israel seized Jerusalem from Jordan during the Six Day War in 1967 and declared the city its capital. Palestine seeks to establish East Jerusalem as a capital of its own independent state. The Israeli government refuses to recognize Palestine as an independent political and diplomatic entity and continues to build settlements in occupied areas, despite objections from the United Nations.