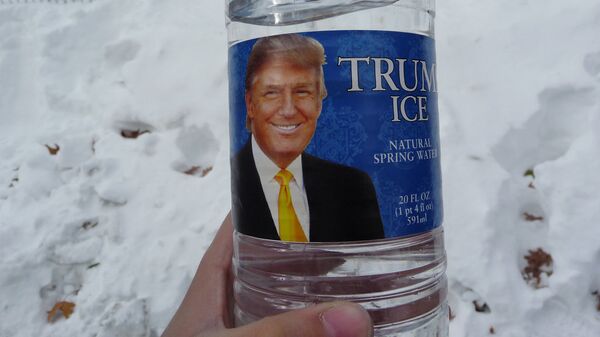 The fluid confrontation of major powers in the Middle East may lead to a deeper and deadlier US-led military incursion, but the fault cannot be laid at US President Donald Trump’s doorstep alone, analysts told Sputnik Radio on Wednesday.

"This guy is the clown of the international community, and now places like the United Kingdom and France are following this clown into another war, which is exactly the sort of disaster they were dragged into in Iraq and Libya," Shabbir Razvi, an economic and political analyst, told Radio Sputnik's Loud & Clear.

​Earlier in the day, Trump threatened imminent missile attacks against Syria, while British, French and US military assets mobilized into and around the Mediterranean. Airports in the region have been notified to take caution due to potential military strikes within the next 72 hours.

Just like in 2003, the threat of a potent weapon of mass destruction like deadly chemical agents has become a call to arms after an alleged chemical attack by the Syrian government in Douma that killed dozens of civilians.

The claim of chemical weapons use by Assad has yet to be corroborated by the Organization for the Prohibition of Chemical Weapons, whose investigators have yet not completed a thorough inquiry into whether chemical weapons were used and by whom.

"The alleged attack in Syria is still just an alleged attack. So far, the evidence isn't strong at all," Max Abrahms, term member at the US-based Council on Foreign Relations, said in a Wednesday tweet.

The claim has baffled academics and seasoned diplomats alike, who see little reason why Assad would use chemical weapons when the prospect of their use invites more foreign interference, such as when the US fired 59 cruises missiles at Syria's Shayrat Airbase last April following allegations of chemical weapon use.

"Anyone with a sense of justice, fairness and objectivity and with half of a brain — which is demanding a lot from people like Mr. Trump — could see that Assad derives no benefit, the jihadis do, and that Trump is allowing himself to have his leash yanked by Islamic jihadis," Peter Ford, Britain's former top diplomat to Syria, told Loud & Clear on Tuesday.

Trump seized the moment Wednesday to threaten missile strikes in the most uncouth way possible, on Twitter, just two weeks after saying the US needed to withdraw its troops "very soon" at the end of March.