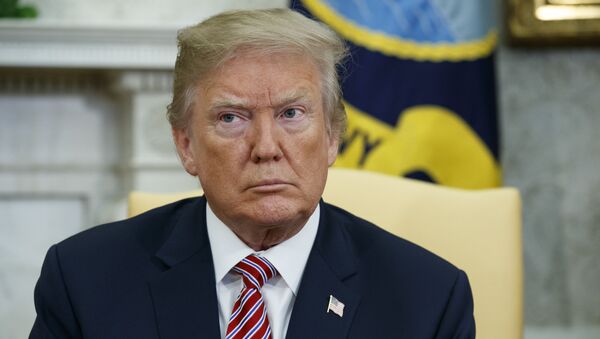 Trump, May, Macron Agree Not to Allow Chemical Weapons Use in Syria
The Trump Administration officials are reportedly weighing a more powerful strike on Syria, expecting that use of force is the only credible deterrent against further chemical attacks and suggesting hitting a few targets as well as extending strikes beyond a single day.

Russia to Respond Instantly, If Its Troops in Syria Hit by US Strike - Official
Responding to the typically unverified claims, the Russian Defense Ministry stressed that the reports about the alleged use of weapons of mass destruction by the Syrian forces were being spread by the White Helmets, who have been repeatedly busted for fabricating stories and providing fake footage. According to the ministry, no traces of chemical agents had been found in the area where the alleged attack had taken place, and the information was being used to undermine the ceasefire in Syria and prevent the envisaged evacuation of militants from Douma.