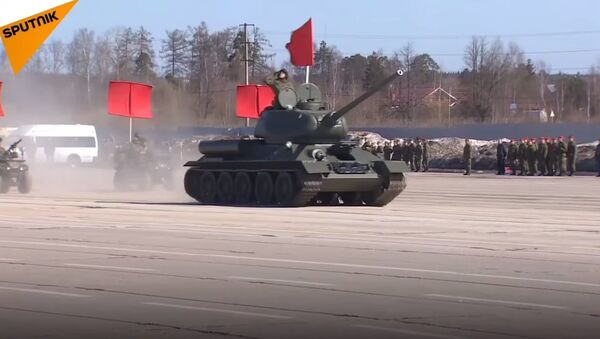 © Youtube / Sputnik
Subscribe
The Victory Day Parade rehearsal at the Alabino training ground near Moscow has gathered the biggest number of servicemen ever.

A number of novelties have been revealed during the parade rehearsal, as for the first time it included the tank fire support armored fighting vehicles "Terminator," which have a high level of security and firepower.

The Victory Day parade will take place in a month and over the course of that time rehearsals will be held three times per week in the Moscow region; at the end of April, all servicemen will be relocated to Moscow to participate in rehearsals on Red Square. The general rehearsal of the parade is scheduled for May 6.