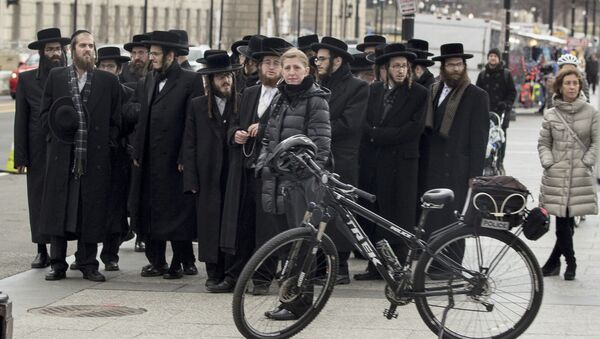 MOSCOW (Sputnik) - Anti-Semitic sentiments and harassment worldwide were on the rise in 2017, despite a decline in violent incidents against Jews, a fresh study revealed.

According to the "Anti-Semitism Worldwide 2017" report by the Kantor Center for the Study of Contemporary European Jewry, the Jewish community faced a steep increase in anti-Semitic bullying, especially in schools and on social media, despite a fewer number of violent incidents.

"In 2017, there was a moderate worldwide average decrease in anti-Semitic violent incidents that were directed at Jewish people, their communities and their private property, of about 9%… This decrease is overshadowed by what is seen by the Jewish communities as a dramatic increase in all other forms of anti-Semitic manifestations, many of which are not even reported, most notably harassment in schools… and on social media," the study read.

'Sorry' Seems to Be the Hardest Word for Corbyn in Anti-Semitic Row
The report specified that between 2006 and 2014 the number of violent incidents worldwide was estimated at 600-700 cases annually, while in the recent years the figures have dropped to around 300-400.

The problem resulted in the growing feeling of insecurity among European Jews because of a "triangle made of the constant rise of the extreme right, a heated anti-Zionist discourse in the left, accompanied by harsh anti-Semitic expressions, and radical Islamism," according to the report.

The 105-page report examines the prevalence of anti-Semitism in Europe, the United States, Canada, Australia, the post-Soviet region, South America and South Africa.