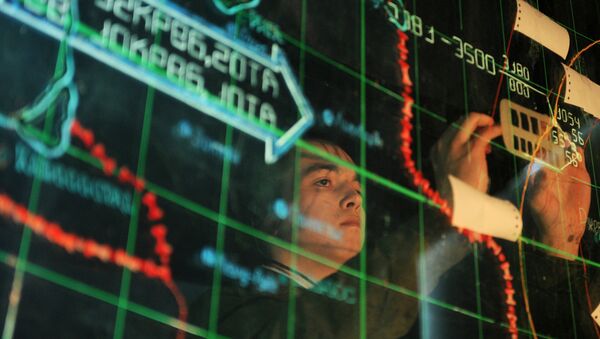 © Sputnik
/
Go to the photo bank
Subscribe
The S-500 Prometey will become the backbone of Russia’s integrated air-defense network.

Even though most of the new system’s technical characteristics remain under wraps, but with the Air Defenders’ Day coming up, Sputnik still managed to shed light on some of them.

The S-500, to form the upper tier of Russia’s layered air defenses, is expected to be able to engage targets at altitudes of over 60 miles, to thus engaging targets which are out of reach for all missile defense systems now in existence.

Radar of Russia's S-500 Next Gen. Air Defense System Reportedly Spotted on VIDEO
Sixty miles and more is also the near space zone where the majority of foreign military satellites are now orbiting our planet.

According to publically available information, the S-500 will feature the 40N6 extended-range guided missile capable of engaging targets up to 155 miles away.

Since ground-based radar systems are useless in space, the 40N’s homing system will differ from what can be found on all other air defense missiles.

The S-500 is expected to able to detect and simultaneously attack up to ten ballistic missile warheads flying at speeds of over 4 miles a second. Its one-of-a-kind self-homing warheads search for their targets and, finding them, switch to an automatic-homing mode.

The 30-foot-long two-stage solid fuel missile travels at nine times the speed of sound and is able to intercept targets moving at a speed of 15.6 Mach.

The 40N6 missile carries a blast-fragmentation warhead with a rage of 310 miles and 95-percent accuracy.

While the existing missile defense systems are built around single all-purpose radars designed to lock on and track all types of targets, the S-500 will feature several dedicated radar systems capable of identifying four types of aircraft: planes, helicopters, drones and missiles.

The S-500, is also the only missile defense system capable of engaging hypersonic targets.

According to the Russian Defense Ministry, the first regiment of the S-500 is scheduled to enter service around Moscow and in Central Russia in 2020.