'Political Gesture': Slovakia to Replace Russia's MiGs with US F-16s 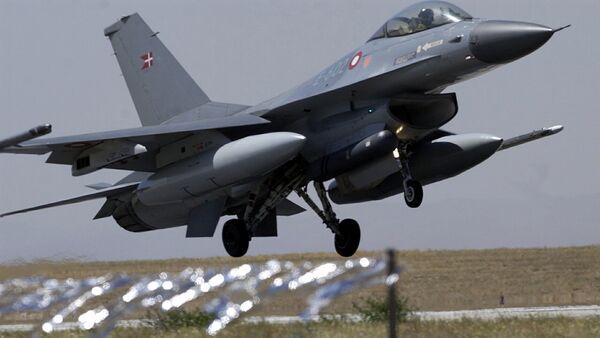 © AP Photo / Burhan Ozbilici
Subscribe
The US State Department has given the nod to the sale of 2.91 billion dollars’ worth of F-16 Block 70/72 fighter jets to Slovakia as a replacement for the country’s fleet of Russian MiG-29s.

Sputnik asked Vladimir Popov, a former Air Force pilot and now editor-in-chief of the Aviapanorama journal to say a few words about the two planes’ strong and weak points, their modernization potential and ability to change the existing balance of forces in Europe.

Vladimir Popov said that both the MiG-29 and the F-16 belong to the same class of light fighter jets with fairly similar tactical and technical characteristics.

Croatia, Israel Inch Closer to F-16 Deal
Popov pointed to the MiG’s dual-engine configuration as an asset improving its combat survivability and enabling it to survive direct missile hits. “Even if one of its engines is hit, can keep flying on the other and return to base,” Popov said.

The MiG’s maximum high altitude speed is up to 2.3 Mach while that of the F-16 does not exceed 2 Mach.

The F-16 offers good cockpit visibility, is fuel efficient and can use a wide array of weapons, advanced onboard electronics and radar equipment.

Popov concluded by saying that both jets are highly serviceable, have a great potential for modernization and may eventually have their service life extended to 25 years and beyond.

Popov believes that even though $2.9 billion for a squadron of 14 jets is a whole lot of money, this could also include the cost of retraining the first three or four pilots and their technical crews, and that switching to F-16s from flying Russian MiG-29s would hardly be a problem.

Serbia Received All Six Russian MiG-29 Fighter Jets as Part of Military Aid
According to Vladimir Popov, the Slovak government made its choice based on political considerations, rather than the planes’ technical characteristics.

“The general anti-Russian hysteria has certainly been a factor here,” Popov said, adding that “modernizing an existing fleet of modern aircraft is always easier, cheaper and, ultimately, more economically efficient for any country.”

“With the MiG-29 already at their disposal, the Slovaks could have found it  easier to modernize  them, rather than spend additional money on retraining pilots and technicians, overhauling command centers and airfields and buying additional aircraft-servicing vehicles,” Popov explained.

Vladimir Popov believes that the purchase of the F-16s by Slovakia will hardly change the existing balance of forces in Europe.

“The addition of 14 F-16s will have no practical consequence for NATO’s air power on the European theater,” Popov concluded.

000000
Popular comments
Stupid when these F16s can be shot down with ancient Soviet missiles.

Snodgrass
8 April 2018, 20:16 GMT1
000000
slovakia is a small weak country. what do you expect? They are like a hedgehog (ježek), creeping around the night waiting to be run over by a car or eaten by a a big animal. In this case, its the united states who wants to devore it, so its downgrading its defences to make it easy to be attacked.