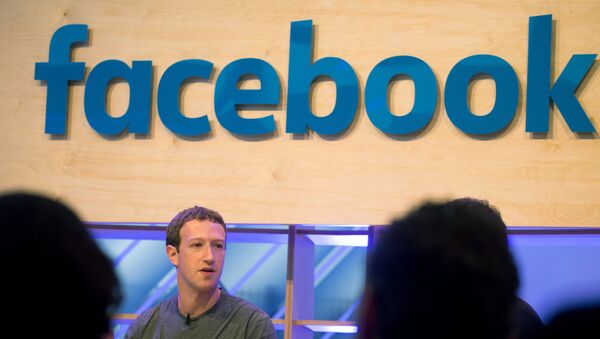 One of the biggest social networks in the world has promised to add a function to its messaging service, which until now was only available to Facebook CEO Mark Zuckerberg and several executives.

Facebook will grant its users an “Unsend” button for their messages, as the website TechCrunch reported, citing company representatives. The change is to happen within several months, as the company is thinking over how to deploy the new function.

The information about this novelty comes hot on the heels of disclosure, as Facebook had deleted Mark Zuckerberg’s messages from his recipients’ inboxes. The tampering wasn’t publicly announced; and the users weren't individually informed, either.

When the media asked for an explanation, the social network claimed this was done for security reasons after the breach of Sony Pictures.

With the release of the new “Unsend” feature, Facebook promises that the CEO and other executives won’t get special treatment, until broader “delete” opportunities are available for all. The company also points out that users of the encrypted version of their messenger service can already enjoy the function to some extent.

“We have discussed this feature several times. And people using our secret message feature in the encrypted version of Messenger have the ability to set a timer — and have their messages automatically deleted. We will now be making a broader delete message feature available. This may take some time. And until this feature is ready, we will no longer be deleting any executives’ messages. We should have done this sooner — and we’re sorry that we did not,” reads a statement by Facebook’s spokesperson, cited by the media.

Facebook’s privacy policy has been drawn into attention with the Cambridge Analytica (CA) uproar. The information of up to 87 million people was distributed to this FB affiliated company, which purports to help political candidates win elections with targeted digital ads.

CA was initially funded by billionaire GOP donor Robert Mercer. The company was also one of the principal firms directing Donald Trump's digital strategy during the 2016 US presidential elections.