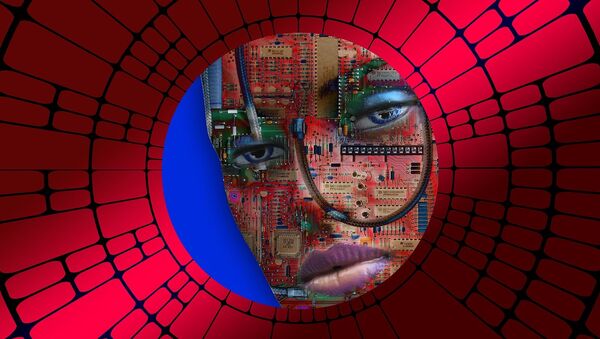 The tech billionaire and acknowledged visionary stirred Twitter as he predicted a potentially dark future with computers smart enough to suppress humankind in a film dedicated to the perils of artificial intelligence.

The Tesla and SpaceX founder, Elon Musk, shared his fears over the dangers that the development of artificial intelligence can bring. The visionary, who already named the "competition for AI superiority at the  national level as the most likely cause of WW3," suggested humankind can create “an immortal dictator from which we would never escape," which, unlike Mussolini and Hitler, can’t die.  According to him, such an entity “doesn’t have to be evil to destroy humanity.”

His revelation was presented in a new documentary “Do You Trust This Computer?” from director Chris Paine, who incidentally made 2006's “Who Killed The Electric Car?.” The film is about the promises and perils of the new era of self-learning computers and the “tsunami of apps, personal assistants, smart devices, and targeted advertisements” that come with this technology.

Musk, who happens to be a co-founder of the Neuralink startup was so eager to promote the computer-skeptical film that he's paying to have it streamed online for free this weekend.

"It's a very important subject. It's going to affect our lives in ways we can't even imagine right now," Musk said at the film premiere according to Mashable.

A reference to Frankenstein couldn’t be avoided, as Musk quoted Mary Shelly’s novel on his Twitter account after he advertised the documentary.

“You are my creator, but I am your master” — Mary Shelley

The documentary, and Musk’s remarks in particular, triggered storm of thousands of comments, as AI-sceptics and optimistic futurists debated Musk’s prediction.

Some were not convinced with his arguments and shamed him for his alarmist remarks about the “rise of machines.”

Dear @elonmusk, there are pressing, non fictional concerns surrounding #AI. A compudictator is not among them.https://t.co/xM8wfJQOXb

Tesla console speaking to the driver.

Many people shared his concerns and fears.

Yes, truly crazy. I just finished watching the film Elon shared, and in it there's a scene where AI is being taught to respond to humans facial expressions — so i imagine that in the future if they're able to read us, it'll be easier for it to manipulate us.

Do you trust this computer? Was an Incredibly frightening fact to face. The realization we will experience super intelligence, AI in our lifetime, has me grasping for our human spirit and connections. #family #love #ourtruth #wearehistory @chrispaine

When a genius billionaire starts obliquely tweeting about creations gone rogue, it's time to take cover.

It's not coming it's already here. AI is every system, not the actual nut & bolt machinery dictating humanity but the machinery of money, laws, "education", sheep mentality etc. Don't look over there, it's been here for a long time. @elonmusk @jack @BarackObama @Comey https://t.co/EdyVTUH6Oh

​However, there are those who are ready to fight for a brighter future.

AI will definitely pass human intelligence very soon. Once out of control, need to be ready with our defence/attack against it. Remember, every SYSTEM will have loopholes.

Elon Musk dedicated his piece to another prominent AI-sceptic, Stephen Hawking. The prominent scientist, who died in March, repeatedly voiced concerns over improving AI. ” I fear that AI may replace humans altogether," Stephen Hawking said in an interview with Wired magazine.

READ MORE: From Threat of AI to 'History of Stupidity': What Stephen Hawking Believed in

He explained that people who specialize in computer viruses may one day come up with a computer program able to function on its own, without human assistance. It would "improve and replicate itself" until it becomes AI, a "new form of life that outperforms humans."