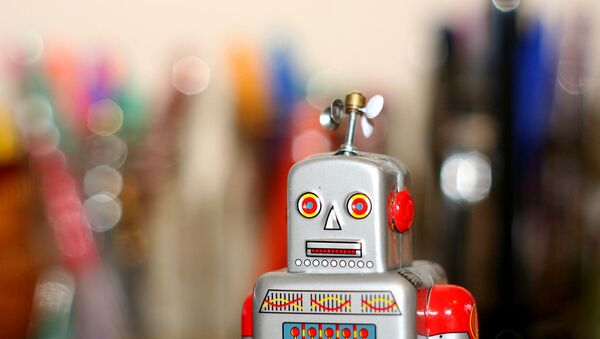 A new innovative step towards full gender equality by Dagens Nyheter, the nation's foremost morning newspaper, has been hailed as a milestone by the newspaper itself, while being taunted in the Swedish social media.

Dagens Nyheter or DN, Sweden's largest daily newspaper, which aspires to full national and international coverage and positions itself as "independent liberal," has developed a so-called "gender robot" in order to promote equality.

"Genusroboten" or "gender robot" is an app that informs the staff on how gender equal their texts have been by sending notifications with analysis on a monthly basis. The analysis is based on the number of referrals to men and women.

DN editorial development director Martin Jönsson presented the new tool by tweeting that it was "important for raising awareness at the individual level." He himself, however, only managed a subpar performance, with only 33 percent of the references in his pieces being about women.

​"Of course, my result is far too bad. I promise to shape up, though, by setting a personal goal of 50/50," Jönsson wrote about his performance.

In his answer from a Twitter user as to why the gender issue is so important, Jönsson elucidated that it was a question of representation and relevance.

"The gender distribution among our readership is 50/50, the same as the general population. It is therefore wise to ponder why the gender referral ratio at DN is only about 35/65, as well as consider measures to better reflect society," Jönsson wrote.

Subsequently, social media exploded with derisive comments about the "gender robot" and the newspaper's obsession with gender issues.

​"When do you start with quotations of those shorter than 170 centimeters and weighing over 120 kilograms? How about the blind and the deaf? Also, why do you discriminate against those with Alzheimer's or over 82 years? They should beat the existing editors by horselenghts," user Ove Avelin ventured.

User Fnordspotting suggested that the robot will ultimately create a bad mood by establishing that 99 percent of the people mentioned in DN's articles are Donald Trump and Hanif Bali, mocking what he perceived as the newspaper's obsession with the US president and the controversial Conservative politician who known in Sweden for his outspoken attacks on his political opponents.

​Journalist Lars Anders Johansson of the Timbro think tank and the Smedjan web magazine was highly critical of the innovation he referred to as "the all-seeing eye."

"Beware of the gender robot for it's a targeting missile against your integrity as a journalist," Johansson tweeted, adding that one's competency and evaluation were being outweighed by those of the robot. He later went on to satirically suggest that DN next week will launch a "phrenology robot" to see to that owners of all skull forms get to write for the newspaper.

​"How does this gender robot count transgenders and non-binaries?" another user wrote, suggesting that the app was "assuming one's gender," which is considered rude in liberal circles.

​Operating from "DN Tower" in Stockholm, Dagens Nyheter is considered the nation's leading daily in terms of circulation and coverage. It is run by the powerful Bonner Group, which owns a number of media in several countries.

Sweden is currently run by an "overtly feminist" government and is often seen as ta champion of equality. Previously, issues of "male dominance" in street names, history textbooks and the Nobel committee have been raised.