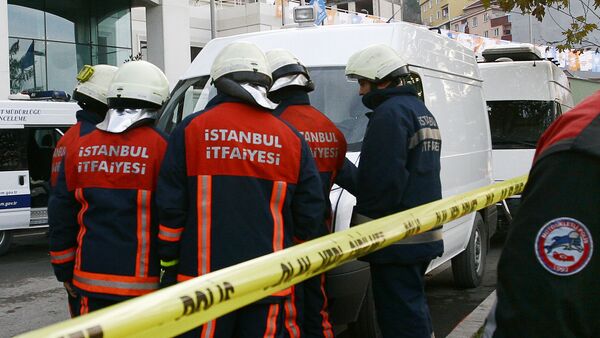 © AFP 2023 / BULENT KILIC
Subscribe
International
India
Africa
The fire occurred in one of the buildings of the Gaziosmanpasa Taksim Educational and Research Hospital, which was under construction, according to the media. Videos from the scene show thick black smoke engulfing the multi-storey building.

A massive fire which broke out on several floors of a hospital in Istanbul has been contained, the CNN reported, citing firefighters. Medics and patients from the buildings in the vicinity were immediate evacuated.

Live TV footage showed that the fire erupted on the roof of the hospital and then quickly spread down the building.

Emergency services and fire fighters were sent to the scene to battle the blaze. There were no immediate reports on casualties.

A massive fire has erupted at Taksim hospital in Istanbul, Turkey. Several floors of the hospital are on fire. pic.twitter.com/GP4YClA0yk